Borge Brende said that with the increasingly strong probability of global growth falling short by at least one percentage point from projections, the magnitude of the decline is comparable to the agonising global recession of the early 2000s. 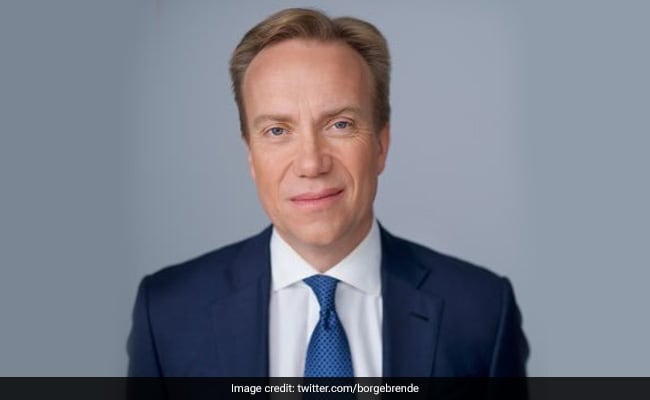 Borge Brende, also a member of the forum's Managing Board, said that with the increasingly strong probability of global growth falling short by at least one percentage point from projections, the magnitude of the decline is comparable to the agonising global recession of the early 2000s.

By contrast, the economic outlook for South Asia continues to be strong. In the past half-century, emerging and developing economies have significantly enhanced their contribution to global output from around 15 per cent to well above 50 per cent, he said.

"India's has been a dramatic rise, deserving of the global attention that it has commanded. The stage is set for India to realise its vision of becoming a USD 5-trillion economy in the next half-decade and USD 10-trillion economy in the next decade-and-a-half and to assist in appeasing the woes besetting the world economy," he said in an opinion piece for Prime Minister Narendra Modi's website narendramodi.in.

Steered by a "decisive leadership", Mr Brende said, India is "rising to the occasion" through a significantly enlarged global profile.

"India's commitment to renewable energy through voluntary and ambitious renewable power capacity targets, a lead role in the Paris Climate Agreement negotiations and the International Solar Alliance shows its aspiration of becoming a leader in environment security and climate change mitigation," he wrote.

India has also expanded its global stature in space exploration through widely celebrated breakthroughs such as its recent lunar mission and its distinction of becoming the fourth country worldwide to shoot down a low-orbit satellite with a missile, he pointed out.

PM Modi has articulated his strong vision for an India-Africa cooperative interest and India's deepened participation in coalitions demonstrate its growing global influence and appetite for enhanced visibility on a range of global initiatives and multilateral fora, he said.

With half of its population of working age, India has a unique demographic advantage. Climbing to 52nd spot in this year's Global Innovation Index, India is one of the few countries to have consecutively improved its rank for nine years, the WEF president pointed out.

"Its distinctive demographic advantage, technical prowess and knack for innovation, fused with the leap-frogging opportunities of Fourth Industrial Revolution technologies, can consolidate its position as a dominant force in global economic, political and strategic affairs," he said.

Simultaneously aware that the quest for becoming a great power must begin at home, India has undertaken ground breaking structural reforms mirroring its growth ambitions and development priorities.