BSF Constable Gurnam Singh who got injured in a sniper fire attack by Pakistani Rangers died.

Jammu: Gurnam Singh, the Border Security Force (BSF) constable who was injured in Pakistani firing in Hiranagar sector of Jammu and Kashmir's Kathua district on Friday, has died.

The 28-year-old was being treated at the Government Medical College and Hospital in Jammu and his condition was said to be critical.

After being hit in a sniper attack by Pakistani forces, Gurnam was evacuated to Jammu, 90 km from Kathua, while his colleagues provided cover with retaliatory firing at Pakistan.

Seven Pakistani Rangers or paramilitary soldiers were killed in the retaliatory firing by its troops along the International Border in Hiranagar sector on Friday, the BSF said.

A "befitting reply" was given by the border-guarding force, the BSF had said in a statement which called it "an aggressive offensive".

The Pakistan army however denied any casualties on their side. 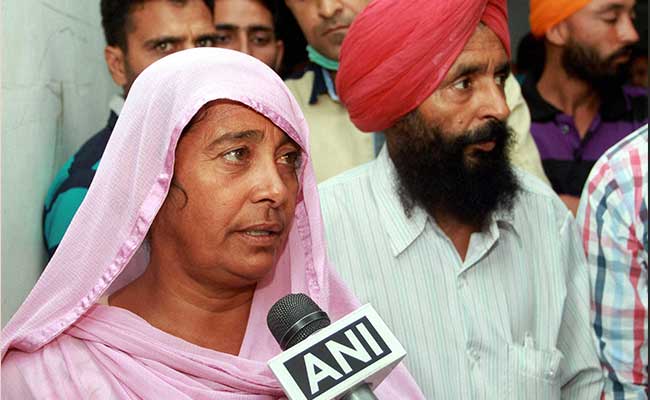 Jaswant Kaur, Gurnam's mother said she was proud of all the jawans who lay their lives for the nation.

Jaswant Kaur, Gurnam's mother, said, "He had told me, if I die, please don't cry. I did not cry. I'm proud of all these jawans who lay their lives for the nation. I just wish he had got the best medical attntion possible."

"They referred my injured son to this hospital in Bakshi Nagar. If BSF had their own hospital with doctors, my son could've been saved. I appeal to PM Modi to have a good hospital for our jawans,"  Kulbeer Singh, Gurnam's father, said.

Promoted
Listen to the latest songs, only on JioSaavn.com
There have been multiple ceasefire violations by Pakistan since Indian soldiers crossed the Line of Control and targeted staging areas for terrorists in surgical strikes last month. These came days after Pakistani terrorists killed 19 soldiers at an army base in Uri in Kashmir.

The BSF said that on Wednesday night, it had also prevented a major infiltration and killed a terrorist.

Black Fungus: What Causes It, How To Prevent it, AIIMS Chief Explains