Media vehicles will be seized and strict action will be taken against the driver as well, police said as media frenzy around the case keeps on increasing each day. 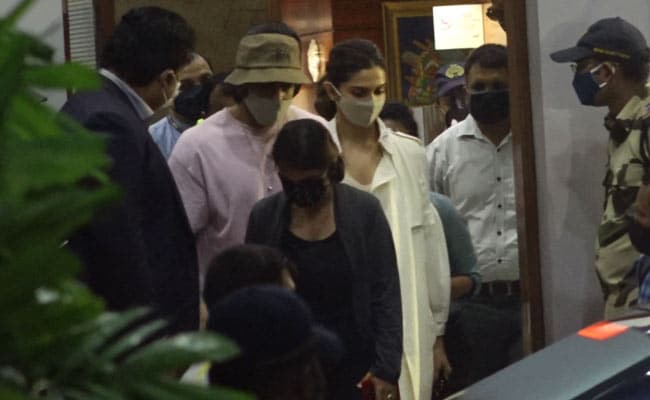 The media should not be risking lives including their own while chasing cars of actors being questioned in a drug case related to actor Sushant Singh Rajput's death, the Mumbai police said in a strict warning on Saturday.

Media vehicles will be seized and strict action will be taken against the driver as well, police said as media frenzy around the case keeps on increasing each day.

Reporters tried to chase the cars of actors Deepika Padukone, Shraddha Kapoor and Sara Ali Khan after they left their homes for questioning by the Narcotics Control Bureau (NCB). They were trying to get photographs, videos and get them to answer questions.

Sangram Singh Nishandar, Deputy Commissioner of Police (Zone -I), said media vehicles will be seized if they are found endangering the lives of others while they chase actors' cars. He asked them to refrain from a chase.

"Today we have observed a lot of media vehicles chasing people who were called for the inquiry. The vehicles will be seized because they are endangering their lives as well as lives of whoever was called and common people," Mr Nishandar told news agency ANI.

There was a trail of media vehicles following the three actors on Saturday after they set out of their home for questioning by the central agency. While Deepika Padukone and Shraddha Kapoor managed to evade media vehicles, Sara Ali Khan was followed closely.

Ms Padukone was however followed by reporters after her questioning concluded almost six hours later.

Earlier this month, actor Rhea Chakraborty, Mr Rajput's girlfriend was mobbed by a horde of mediapersons as she left the NCB office after questioning.

This was met with immense criticism across the board as reporters defied social distancing rules amid a deadly coronavirus pandemic to get a quick statement or photographs of the actor who was seen struggling to make her way amid the massive crowd.

A number of people have been called in for questioning in a drug probe related to Mr Rajput's death. He was found dead in his flat in Mumbai on June 14.

with inputs from ANI, PTI