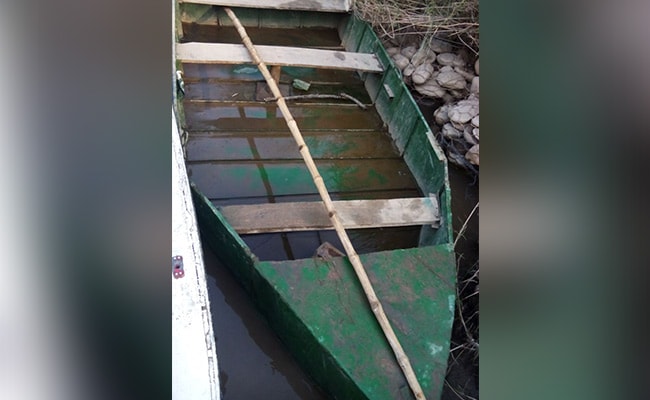 A Pakistani flag was found on the boat near Atari border along with two oars at around 5 am.

Amritsar: An abandoned boat which was seized near Atari border in Punjab on Tuesday belongs to Pakistani Rangers, the Border Security Force or BSF has said.

A patrol team of the BSF had spotted an empty boat near Tota Guru forward post on the India-Pak border drifting towards the Indian side in the Ravi river on Monday morning.

"After probing more, we contacted counterpart border and got to know that it was a Rangers' boat that served a nearby Pakistani post," Anil Paliwal, Inspector General BSF Punjab Frontier, told a news agency.

JS Oberoi, Deputy Inspector General BSF Amritsar, who inspected the boat earlier in the day, had claimed that it was a temporary boat which is used by villagers along the Ravi river.

"Ravi river comes in and leaves Indian border at several places... It is quite possible that this boat could have drifted on its own as it had anchor along with it," said a senior BSF official.

Promoted
Listen to the latest songs, only on JioSaavn.com
A Pakistani flag was found on the boat along with two oars at around 5 am.

A massive search and combing operation was carried out in the area by the police and BSF men but nothing suspicious was found.