The Citizenship (Amendment) bill seeks to make it easier for non-Muslim refugees from Pakistan, Bangladesh and Afghanistan to become citizens of India. 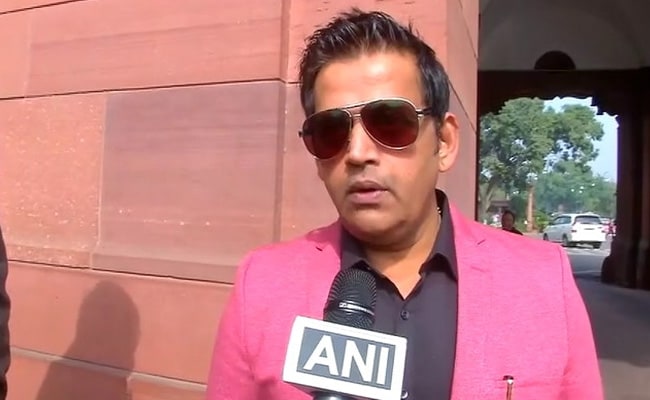 BJP MP Ravi Kishan has controversially said India is a "Hindu Rashtra" since there are some 100 crore Hindus in the country. He was weighing in on the controversial Citizenship (Amendment) Bill, which was cleared by the cabinet today for tabling in parliament.

The bill seeks to make it easier for non-Muslim refugees from Pakistan, Bangladesh and Afghanistan to become citizens of India. Many opposition parties have criticized the proposed law, calling it a violation of secular principles and the right to equality enshrined in the constitution, since it leaves out Muslims.

"The population of Hindus is 100 crores. So obviously India is a Hindu rashtra (nation). There are so many Muslim and Christian countries. It is amazing that we have a country called 'Bharat' to keep alive our culture," the popular actor and lawmaker told news agency ANI.

"If there can be Muslim and Christian countries, why can't be a Hindu country," he questioned.

The actor-politician, who contested and won the election from Gorakhpur in Uttar Pradesh, said opposition parties "have gone mad" over the Citizenship (Amendment) Bill.

Parties like the Congress say the citizenship bill targets Muslims.

"I think the bill is fundamentally unconstitutional because the basic idea of India has been violated in the bill. Those who believe that religion should determine nationhood... that was the idea of Pakistan, they created Pakistan," Congress MP Shashi Tharoor said at parliament.

The Bill is expected to be tabled in parliament next week.

It seeks to amend a 1955 law that labels as "illegal immigrants" those who have entered India without travel documents or have overstayed beyond documents, and grant exemptions to Hindus, Sikhs, Christians, Buddhists, Parsis and Jains.