Delhi BJP chief Manoj Tiwari was accused by the opposition of exploiting India's confrontation with Pakistan after wore an army jacket to a rally. 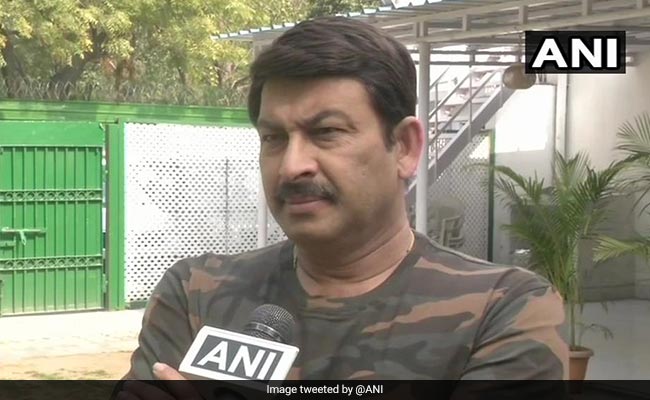 "I feel proud to wear it," BJP's Manoj Tiwari said amid a row over wearing an army jacket to a rally

BJP leader Manoj Tiwari, pummeled by opposition parties for wearing military fatigues to a political rally on Saturday - seen as an unsubtle move to cash in on the recent confrontation with Pakistan after the Pulwama attack - said today that he often wears military clothes and it is something he does with pride. He sought to make that clarification lounging in a camouflage T-shirt at his home in Delhi.

On Saturday, he addressed a rally wearing an army jacket. He was addressing the Delhi event of the BJP's nationwide "Vijay Sankalp bike rally", which had various party leaders riding bikes to reach out to people ahead of the national election due by May. BJP chief Amit Shah launched the rally in Madhya Pradesh's Umaria and Defence Minister Nirmala Sitharaman did so in Delhi. 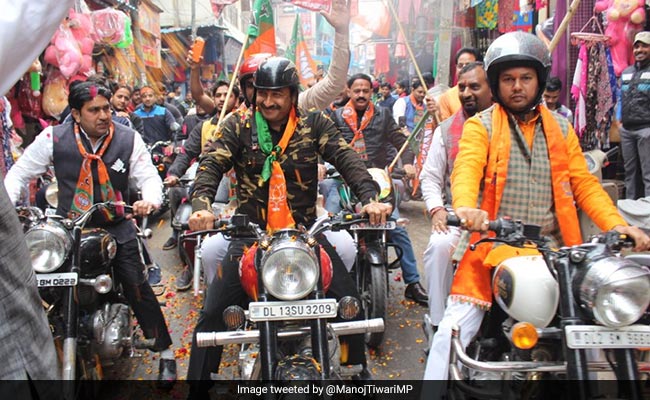 Manoj Tiwari was blasted by the opposition, which accused him of "shamelessly" exploiting India's air strikes across the Line of Control and the aerial confrontation with Pakistan last week.

Congress leader Sharmistha Mukherjee tweeted: "Utterly disgusting & disgraceful! A soldier sacrifices his life to uphold the dignity & honour of this uniform. And BJP MP @ManojTiwariMP is turning it into Tamasha resorting to cheap stunts & cheaper politics."

Manoj Tiwari tried to justify his OOTD in a tweet. "I wore (the uniform) simply because I felt proud of my Army. I am not in Indian army but i was expressing my feeling of solidarity. Why should it be treated like an insult? I have the highest regard for our Army. By this logic, if I wear a Nehru Jacket tomorrow, will it be an insult to Jawaharlal nehru?"

Today, he tried again, this time in an army t-shirt.

The ruling BJP and the opposition have both accused each other of politicising the stand-off between India and Pakistan after the Pulwama terror attack in which over 40 soldiers were killed by a suicide bomber of the Pakistan-based Jaish-e-Mohammed.