The BJP, sources said, have termed the party's silence on the demand of removing National Green Tribunal Chairman Justice AK Goel "strategic", as supporting or openly opposing such a call is fraught with risks. 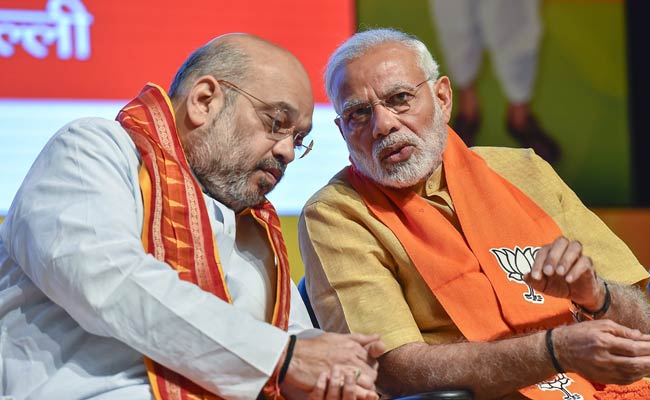 BJP sources have termed the party's silence on the demand of removing Justice AK Goel "strategic".

The BJP is treading with caution as it prepares its response to a host of demands of Dalit activists ahead of their proposed Bharat Bandh on August 9. While a number of its Dalit MPs and allies, including Union minister Ram Vilas Paswan, want it to respond positively to their demands, several BJP leaders are advising caution, as an overzealous response from the party-led government may not go down well with its core support base.

The BJP, sources said, have termed the party's silence on the demand of removing National Green Tribunal Chairman Justice AK Goel "strategic", as supporting or openly opposing such a call is fraught with risks.

Several party lawmakers said on the condition of anonymity that their traditional voters -- from upper castes and sections of Other Backward Castes -- have firmly backed the party so far despite their reservations about issues such as quota for Dalits in promotions and alleged misuse of a law on atrocities against Dalits and tribals.

"We want the party to respond fairly to the issues of Dalit interests. But it should not be seen going out of the way to meet every demand of Dalit groups, as the BJP draws its support from most sections of Hindu society and should take into account their concerns too," a party MP from Uttar Pradesh said.

He said seeking removal of Mr Goel, a former Supreme Court judge who was on a bench that introduced several safeguards in the Schedules Castes and Scheduled Tribes (Prevention of Atrocities) Act, for "one verdict is politically motivated".

LJP chief Paswan has said that Goel's appointment sent out a wrong message and his son and party MP Chirag Paswan has written to Prime Minister Narendra Modi, asking for his removal. Dalit BJP MPs like Udit Raj have also backed the demand.

The BJP has lent support to the opposition on the supreme court's order which "diluted" the Dalit atrocities law, with the Union government filing a review plea in the court.

The government has also moved the court seeking resumption of reservation in promotion for Dalit and tribal government officials.

However, it has not yet responded to the demand that it bring a fresh bill in Parliament or an ordinance to overturn the court order and restore the original version of the Act.

"It is the Modi government which had amended the Act and made it more stringent. We have nothing to hide, but we will not fall into the trap of our rivals," a party leader said.

Dalit groups under the banner of All India Ambedkar Mahasabha (AIAM) have given a call for 'Bharat Bandh' on August 9 to press for their demands.

While the government has kept its communication channels open to the organisers, AIAM, it wants that the day pass off incident-free if they go ahead with the 'bandh' call. Violence during a similar 'Bharat Bandh' on April 2 had left over 12 protestors dead.

It is believed that the 'bandh' and accompanying violence, including police firing, was a setback to the BJP's assiduous wooing of Dalits ahead of the 2019 Lok Sabha polls.