"BJP To Build Temples At All Places Where...": Legislator's Barb At Akhilesh Yadav

Sangeet Som described Akhilesh Yadav as a "seasonal Hindu" and claimed that everyone in India is Hindu. 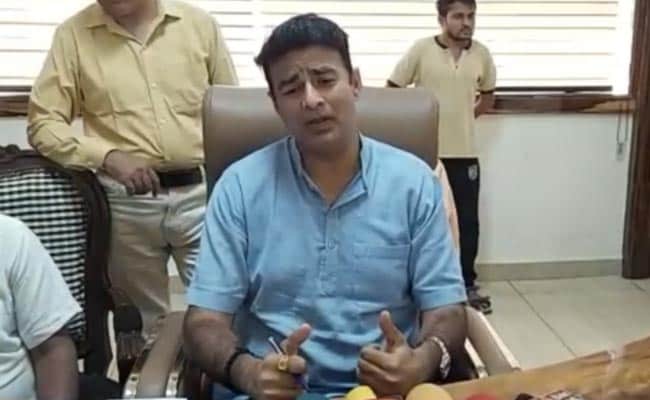 In a controversial statement, BJP MLA Sangeet Som has claimed his party will "build temples at all those places in India where temples have been razed to build mosques".

Mr Som, who is the MLA from western UP's Sardhana seat and is known to make contentious statements, made the remarks while attacking Samajwadi Party chief and UP Chief Minister Akhilesh Yadav at a press conference in Sardhana to mark the completion of 4.5 years of the Adityanath govt in UP

Describing Mr Yadav as a "seasonal Hindu", Mr Som dared the SP Chief to have the guts to say "that a mosque was built in Mathura after demolishing a temple " .

The mosque at Mathura and Varanasi's Gyanvapi mosque were identified by the Sangh Parivar identified in the years leading up to the Babri Masjid demolition as other flashpoints.

Mr Som was responding to Mr Yadav's recent salvo on the Uttar Pradesh government for doing away with the holiday on Vishwakarma Puja. The Samajwadi Party chief has also announced that he will get a temple built for the deity if elected to power in the upcoming Assembly polls.

Mr Som also claimed that everyone in India, including Muslims, are Hindu.

" Akhilesh Yadav is a seasonal Hindu. This won't work, in India everyone is a Hindu, a Muslim is a Hindu, a Hindu is a hindu and Hindustan belongs to Hindus." , Mr Som said

"People like Akhilesh Yadav are saying they will build a Vishwakarma temple, these are the people who got bullets sprayed on Ram Bhakts, who ordered lathicharge on Sadhus in Banaras? These people are now asking for forgiveness with folded hands. The people will not forgive them " Mr Som added.