BJP leaders held two meetings at the party headquarter in Gandhinagar to formulate the strategy for the upcoming polls.The leaders also discussed distribution of work for various election-related tasks. 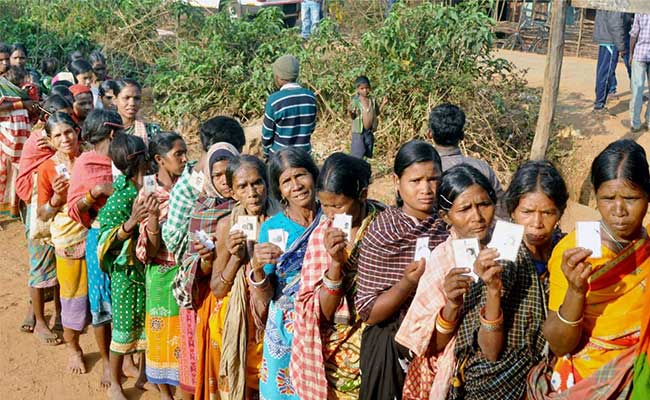 The schedule of the polls is yet to be announced officially.

AHMEDABAD: After winning the sixth term in recently-concluded Gujarat assembly polls, the BJP has now set its eyes on local and panchayat bodies which are expected to go to polls next month.

BJP leaders on Monday held two meetings at the party headquarter in Gandhinagar to formulate the strategy for the upcoming polls, a release said.

The five-year term of 75 municipalities, two district panchayats, 17 taluka panchayats and around 1,400-gram panchayats across the state is ending in March this year, which would necessitate polls in February, said a party leader.

However, the schedule of the polls is yet to be announced officially.

Earlier in the day, state BJP president Jitu Vaghani, along with Joint General Secretary (Organisation) V. Satish, held a meeting with party leaders to finalise various programmes to be launched by the party in view of the elections, according to the release.

Promoted
Listen to the latest songs, only on JioSaavn.com
Later in the evening, the BJP core group held another meeting to take stock of the party's preparedness as well as to formulate a strategy for the election.

This meeting was attended by senior party leaders, including Chief Minister Vijay Rupani, Deputy Chief Minister Nitin Patel and Vaghani among others, the release added.