Criticising the posters, the BJP slammed Rahul Gandhi and his party for promoting "caste politics" in Bihar. The posters have been put up at several places in the state capital Patna. 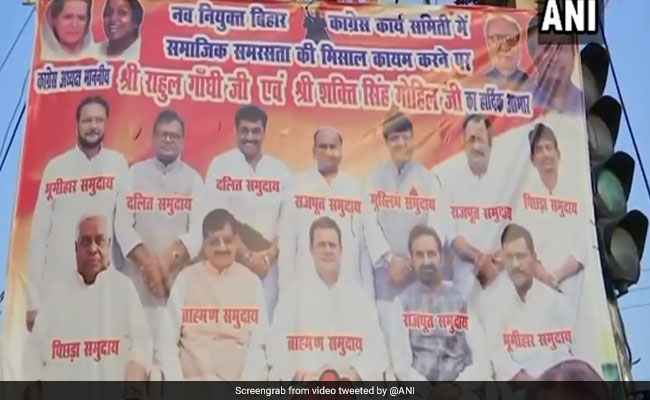 Congress president Rahul Gandhi found himself in the middle of a controversy after posters of him and other Congress leaders in Bihar were seen with their castes mentioned along with their names and photographs.

Criticising the posters, the BJP slammed Rahul Gandhi and his party for promoting "caste politics" in Bihar. The posters have been put up at several places in the state capital Patna.

The Bihar Pradesh Congress Committee was revamped last week, following which new office-bearers were appointed by the party.

The posters highlighted castes of Rahul Gandhi and other senior Congress leaders.

While Congress leaders remained silent when questioned about such posters, BJP state spokesperson Nikhil Anand urged the Election Commission to "take note of the brazen attempt at playing the caste card ahead of the Lok Sabha polls."

Speaking about the posters, Mr Anand said, "In sheer desperation, the Congress has been resorting to gimmicks like proclaiming Rahul Gandhi as one who wears the sacred thread, worships Lord Shiva and goes to Kailash Mansarovar on pilgrimage."

"Now you see such posters. This marks a new low in the history of the Congress. This is something Mahatma Gandhi had rightly wished to abolish after Independence," he said.

"The Congress party and its national president (Rahul Gandhi) should apologise to the nation for this (posters highlighting castes), while the Election Commission should take note of the attempts to play up caste and religious feelings and initiate appropriate action," Mr Anand said.