BJP Owes Arun Jaitley For Being What It Is Today: Kapil Sibal

Kapil Sibal, condoling the death of former Finance Minister Arun Jaitley, said, "We have lost someone whom the nation needed for many years." 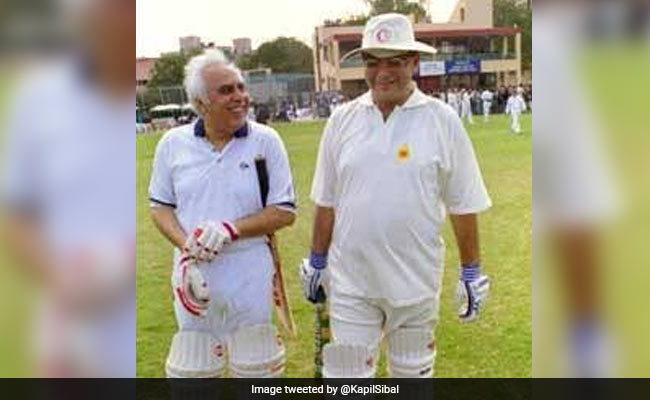 Arun Jaitley was a man who breathed politics, and was committed to India, Kapil Sibal said.

Congress leader Kapil Sibal on Saturday said Arun Jaitley was fateful to his ideology till his last breath and the BJP owes him for being what it is today.

Condoling the death of the former Finance Minister, Mr Sibal said, "We have lost someone whom the nation needed for many years."

The Congress leader said Mr Jaitley was a man of exceptional qualities and abilities and was wedded to an ideology since his university days and was "fateful to that ideology till his last breath".

Mr Jaitley was a man who breathed politics, understood politics and was committed to the country, Mr Sibal said.

The senior Congress leader further said Mr Jaitey was "an outstanding parliamentarian as leader of the opposition and none could match him".

The BJP owes Mr Jaitley for being what it is today, Mr Sibal told PTI. Mr Jaitley helped the leadership of the party behind closed doors because of his connections with people. "He was a man who understood the politics of the moment," he said.