BJP Or Not BJP? KCR, Jagan Reddy Weigh Their Options Amid Citizenship Row

Citizenship Amendment Act: Neither the Telangana Rashtra Samithi nor the YSR Congress wants to antagonise Muslim voters in the states they rule. 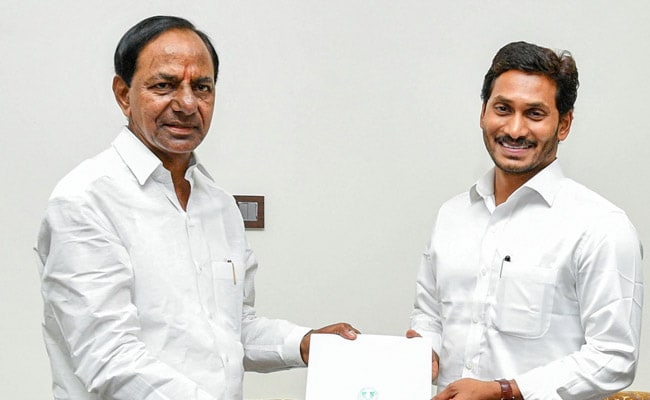 The stands taken by Telangana and Andhra Pradesh on the Citizenship Amendment Act (CAA) and the National Register of Citizens (NRC) seem to be at variance with each other, but a closer look at the situation shows that both are acting on similar political compulsions concerning the centre and the Muslim community.

Although the YSR Congress helped the centre push the Citizenship Amendment Bill through  parliament, Andhra Pradesh Chief Minister Jagan Mohan Reddy has flatly denied the possibility of implementing the NRC exercise in the state. Telangana Chief Minister K Chandrasekhar Rao's Telangana Rashtra Samiti opposed the Citizenship Amendment Bill in parliament, but is yet to spell out its stance on the NRC.

Asaduddin Owaisi, Hyderabad MP and All India Majlis-e-Ittehadul Muslimeen chief, on Wednesday led a delegation of 34 Muslim organisations under the United Muslim Action Committee banner to meet Mr Rao and request him to stop all work related to the National Population Register (NPR). The Chief Minister is said to have sought two days' time while reportedly advising Mr Owaisi to bring all political parties opposed to the NPR, NRC and CAA together on a single platform at a public meeting planned in Nizamabad on Friday.

The Kerala and West Bengal governments have already stopped work on the NPR, which, critics fear, preps for the NRC. The centre maintains that the two exercises are not related.

Prior to this, the YSR Congress and Telangana Rashtra Samithi had both helped the ruling BJP pass several important bills - including Kashmir and triple talaq - through parliament.

While both parties claim that they provide issue-based support to the centre, it is an open secret that they need a friendly central government to help them financially during this period of economic slowdown. Jagan Mohan Reddy, who has been accused in a case of disproportionate assets, announced his government's opposition to the NRC only after the Prime Minister denied taking the exercise nationwide during a rally in the national capital earlier this week.

The BJP has emerged as a major player in both Andhra Pradesh and Telangana, and neither Jagan Mohan Reddy nor Mr Rao wants to lose any ground to it. Although the party is yet to gain an elected representative in Andhra Pradesh, it won four Lok Sabha seats in Telangana in the recent general elections.

Both the states have a significant Muslim population of 12 per cent whose support neither of the ruling parties wants to lose. Although Mr Rao does not have an electoral alliance with Asaduddin Owaisi in Telangana, he regards the All India Majlis-e-Ittehadul Muslimeen as a friendly party. In fact, the Chief Minister's meeting with Asaduddin Owaisi's delegation is expected to help the Telangana Rashtra Samithi in next month's municipal elections at Hyderabad, which has a Muslim population of 40 per cent.

During their meeting, the delegation had even thanked the Chief Minister for opposing the Citizenship Amendment Bill in the parliament.

Chandrababu Naidu's Telugu Desam Party had also backed the Citizenship Amendment Bill despite being the opposition party in Andhra Pradesh. Going by his recent softening of stand, critics have termed it as an attempt to keep the BJP in good humour or even pave the way for him to pull off a "ghar wapsi" into the National Democratic Alliance.