"Just A Trailer...": BJP On Reports Of Congress "Infighting" In Rajasthan

"This incident was just a trailer, the full movie is yet to come. The Congress government has failed on all fronts, be it governance or Covid management. Because of their internal disputes, people of the state are suffering," ," BJP state president Satish Poonia said. 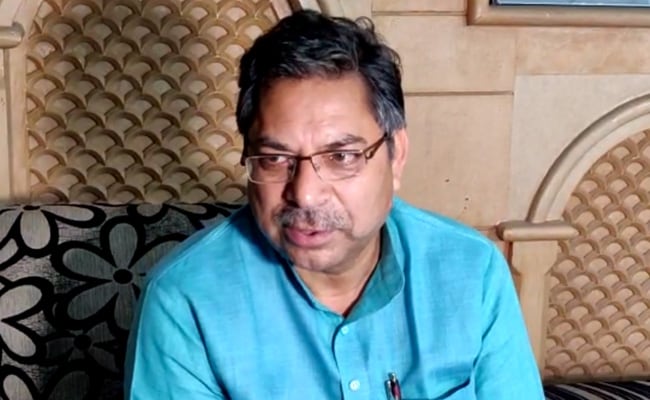 Reacting to a reported clash between the state Congress chief and a minister during a meeting on Wednesday, the opposition BJP in Rajasthan said that people are suffering due to "infighting" within the ruling party.

"This incident was just a trailer, the full movie is yet to come," BJP state president Satish Poonia told reporters on Thursday.

"The Congress government has failed on all fronts, be it governance or Covid management. Because of their internal disputes, people of the state are suffering," Mr Poonia said.

Rajasthan PCC president and Education Minister Govind Singh Dotasra and Urban Development Minister Shanti Dhariwal confronted each other during a meeting of the council of ministers held at Chief Minister Ashok Gehlot's residence on Wednesday night over the issue of protesting against the Centre in demanding free vaccination, according to party sources.

Mr Dotasra had said that the ministers who are in charge of districts should submit a memorandum addressed to President Ram Nath Kovind to the respective district collectors demanding free universal vaccination.

Mr Dhariwal intervened and stated that instead of going to the collectors, the party should approach the President directly to register a complaint against the Government of India, official sources said on Thursday.

"It was an unexpected and sudden confrontation. Other ministers intervened to try and handle the situation. Mr Dotasra was about to leave the meeting. This kind of situation occurred probably for the first which was unfortunate," a minister said on condition of anonymity.

"Dotasra even said that he will make a complaint to party president Sonia Gandhi. Dhariwal was also aggressive," the minister added.

While the cabinet ministers were sitting together at the chief minister''s residence, CM Gehlot was present in his room and attended the proceedings through video conference.

Mr Dotasra said that no one is above the party and every Congress member, be it in the government or in the party organisation, should respect the party.