"They (BJP) told me that I will get a ministerial birth and Rs 50-60 crore. It is false speculation that legislators are breaking away," Ramabai claimed. 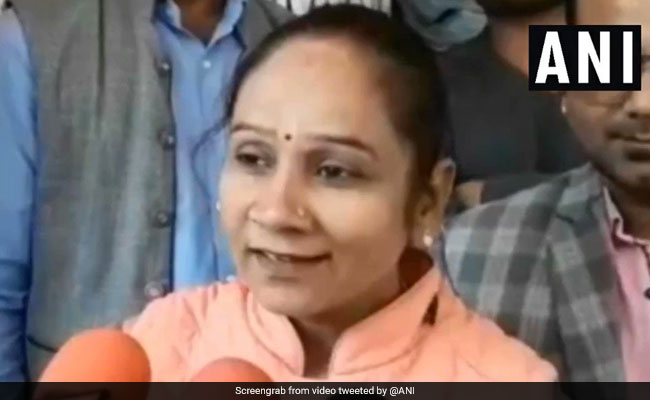 Ramabai said she has declined the BJP offer

Bahujan Samaj Party (BSP) MLA Ramabai on Monday claimed to have been offered a ministerial berth and crores of rupees by the Bharatiya Janata Party (BJP) in exchange for withdrawing support from the Congress-led state government.

However, Ramabai, while speaking to ANI, said she denied BJP's offer.

"Yes, they (BJP) keep calling and saying I will also get what is being offered to others. They told me that I will get a ministerial birth and Rs 50-60 crore. It is false speculation that legislators are breaking away," she claimed.

Affirming that Congress government is neither in trouble nor at the verge of tumbling, she added, "They (BJP leaders) are offering money to everyone but anyone who accepts it would be a fool. Money is not everything in life, we have to see right and wrong and the fact is BJP is wrong. Ministerial birth and money are not important to me. It is important that Kamal Nath government stays."

An MLA from Pathariya assembly constituency, Ramabai blamed EVMs for her party's debacle in Madhya Pradesh in the recently concluded Lok Sabha elections and said, "This is all EVM's fault. After coming to politics I have realised this is a very bad thing."

The Yoga guru had on Sunday stated that in order to contain population growth, the government should bring in a law whereby third-borns should be bereft of voting rights. He also batted for a pan-India ban on manufacturing, sale, and purchase of liquor.

In Madhya Pradesh, BSP is in alliance with Congress, with two lawmakers including Ramabai extending their support to the Kamal Nath-led government.

Congress has been rattled in Madhya Pradesh after losing 28 of the 29 Lok Sabha seats in the state. The Congress government enjoys a slim majority in the state assembly.

Decimated by BJP which won 28 out of the 29 seats in the state, Congress could only open its account by winning Chhindwara parliamentary constituency.