The Union minister said the BJP's overall rise in the country cannot be belittled by recent results and refused to accept that opposition unity in certain states is a threat to the Centre's ruling party. 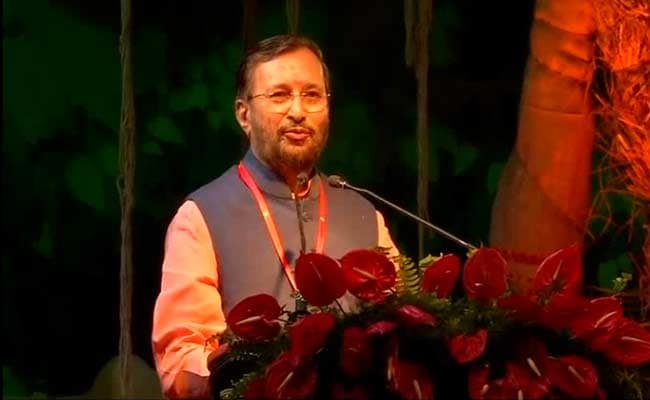 Kolkata: Union Human Resource Development Minister Prakash Javadekar on Saturday claimed the significantly lower voting percentage was responsible for the BJP's defeat in two out of three Lok Sabha bypolls this week and said the party would introspect and analyse the reasons of the loss "up to the booth level".

"Out of three (Lok Sabha seats) we lost two, and won one. There is a difference between general elections and bye-elections. In general elections the voting percentage in all these three seats was more than 70 per cent. Now it is 50 per cent. So the difference in voting percentage has brought a different result," Mr Javadekar said at a press conference.

"We are a thinking party. We are not a dynast. We are already analysing in detail, till the booth level. We will take the necessary action," he said.

However, he pointed out that the Bharatiya Janata Party has won 14 states in the last four years. "That is an achievement. If we have lost two bye-elections, it is ok. We will analyse," the BJP leader said.

Out of the four Lok Sabha bye-elections held in three states last Thursday, the BJP lost the crucial Kairana Lok Sabha bypoll in Uttar Pradesh and Bhandara-Gondiya in Maharashtra. It however, retained the Palghar parliamentary seat in Maharashtra while its ally Nagaland Democratic Progressive Party (NDPP) bagged the Nagaland seat.

The Union minister said the BJP's overall rise in the country cannot be belittled by recent results and refused to accept that opposition unity in certain states is a threat to the Centre's ruling party.

"We were ruling in six states when we came to power in 2014. Now we are ruling in 20 states. That's a victory," Mr Javadekar claimed.

"In West Bengal, Trinamool retained its seat, there was no opposition unity here. In Uttar Pradesh Samajwadi Party, Bahujan Samaj Party came together. It often happens in politics. It is not a threat to the BJP," he added.
Comments
Prakash JavadekarBJP