Assam Trinamool Congress (TMC) president Ripun Bora said, "Due to mismanagement and inefficiency of the BJP government the per capita income of Assam has recorded lowest." 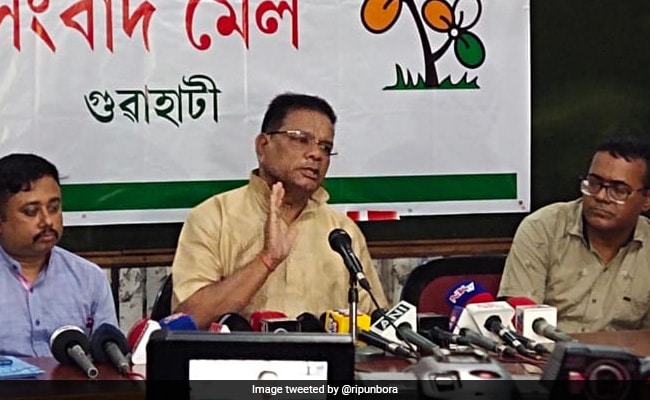 Ripun Bora said that the people have to face economic crisis due to debt burden.

Assam Trinamool Congress (TMC) president Ripun Bora on Saturday lashed out at the Himanta Biswa Sarma-led BJP government for financially burdening the people of the state.

Mr Bora, who recently joined the Trinamool from the Congress, claimed that the BJP government under Himanta Biswa Sarma has recorded the lowest per capita income in the entire country.

Furthermore, he said that Assam has taken a debt burden of 1 lakh 24 thousand crore rupees under the BJP. "Now, the people have to face economic crisis due to debt burden," he said.

The former Rajya Sabha MP added that contractors are denying work because Rs 1,70,000 crore of their bills are pending.

"Due to abolition of 'Special category status' Assam has lost 9,000 crore rupees every year since 2015. But the government doesn't have any economic plan to compensate the economic damage. Therefore, we apprehend that Assam will face a economic disaster very soon and their is no justification in celebrating one year," he said.