Former Union minister Vijay Sampla said his focus would be on resolving the social issues being faced by the Dalit community. 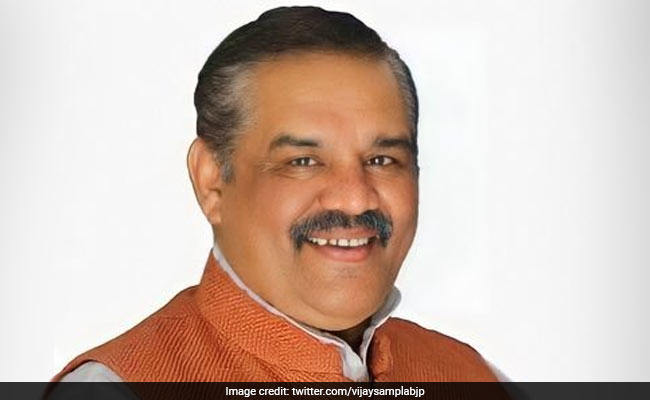 Former Union minister Vijay Sampla is among the prominent Dalit faces of the BJP in Punjab.

Former Union minister Vijay Sampla took charge as the chairman of the National Commission for Scheduled Castes (NCSC) today and said he would adopt a "three-tier priority to resolve all the issues being faced by the Dalit community".

Mr Sampla is among the prominent Dalit faces of the Bharatiya Janata Party (BJP) in Punjab.

"It is a matter of pride for me that the Union government has assigned such an important responsibility to me," he said.

Mr Sampla said his focus would be on resolving the social issues being faced by the Dalit community. "I will work to ensure that Dalits get justice in government departments, whether at the state level or at the central level, that they are not subjected to any sort of exploitation in these departments," he added.

The former Union minister said in order to ensure prevention of injustice, exploitation and to address various issues being faced by Dalits, whether socially or in government departments, he will be submitting reports in the form of suggestions to the president from time to time.

He added that the NCSC will engage to participate and advise on the planning process for the socio-economic development of the scheduled castes and to prevent atrocities against them.

Mr Sampla joined the BJP in 1998. After winning the Lok Sabha election from Punjab's Hoshiarpur, he served as the Union minister of state for social justice and empowerment from 2014 to 2019. He has held several key posts in the BJP''s Punjab unit, including that of its president.