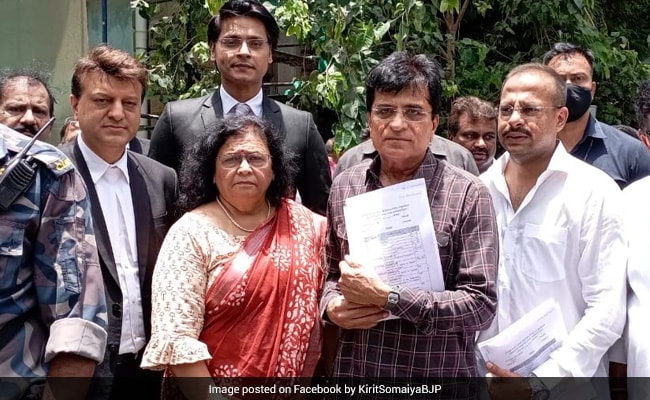 Mr Raut has accused Medha Kirit Somaiya and her husband of being involved in a Rs 100 crore scam in the construction of public toilets in the area under the jurisdiction of Mira-Bhayandar Municipal Corporation.

BJP leader Kirit Somaiya said that he doesn't want defamation money, but the money should be used for social work.

He further said that now Chief Minister Uddhav Thackeray and Sanjay Raut will have to provide answers.

Earlier this month, Medha Kirit Somaiya registered a complaint against Mr Raut stating that the accused made malicious and unwarranted statements against the complainant in the media.

"I state that the accused Sanjay Raut is Executive Editor of Marathi Newspaper "SAAMNA" and is also the chief spokesman of Shivsena, a political party. I say that the accused around 16th April, 2022 and thereafter made malicious and unwarranted mischievous statements against me in the media, the same which was printed, published and circulated to the general public at large through electronic and print media. The said malicious statements were also viral on social media platforms," she said in her complaint.

"Not Consulted By Opposition": Mayawati Backs Droupadi Murmu For President