The office is equipped with modern facilities, including video conferencing, to access the Delhi party headquarters as and when required. 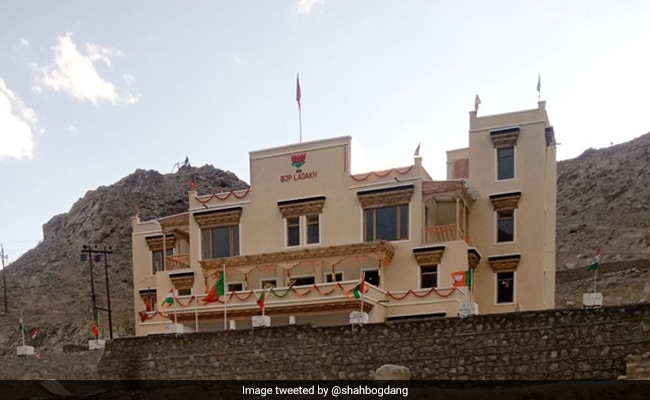 The Bharatiya Janata Party has opened a new office in Leh, the administrative capital of Ladakh, at a height of more than 11,000 feet.

The office is equipped with modern facilities, including video conferencing, to access the Delhi party headquarters as and when required. An assembly hall has also been built. Arun Singh inaugurated the new building in Leh after performing puja. Ladakh BJP Member of Parliament Jamyang Tsering Namgyal was also present at the occasion.

Ladakh as a separate Union Territory was created when the erstwhile state of Jammu and Kashmir was bifurcated into two UTs with effect from October 31.

There are two districts in Ladakh, Leh and Kargil, with a total population of 2,74,289. Ladakh is a Union Territory without legislature.

(Except for the headline, this story has not been edited by NDTV staff and is published from a syndicated feed.)
Comments
LehLeh BJP office