BJP's decision to gamble on new faces from Nainital and Pauri parliamentary constituencies came after the sitting MPs decided not to contest this time. 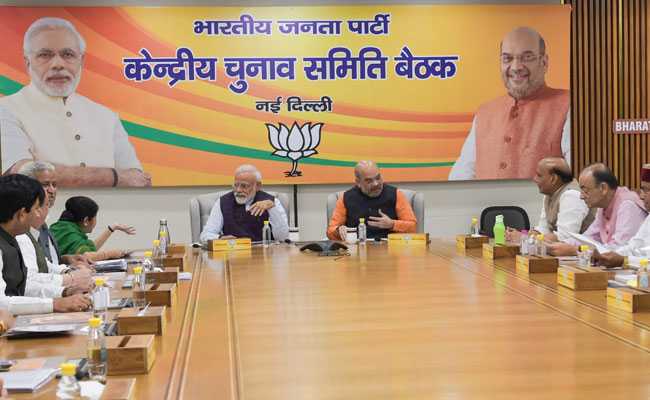 The BJP had won all seats in Uttarakhand in the 2014 national. (FILE PHOTO)

The announcement was made after the party's central election committee released its first list of 184 nominees for the Lok Sabha polls beginning next month.

BJP's decision to gamble on new faces from Nainital and Pauri parliamentary constituencies came after the sitting MPs-- Mr Koshiyari and Mr Khanduri-- decided not to contest this time.

While Mr Khanduri had expressed his unwillingness to enter the poll fray citing ill health, Mr Koshiyari decided not to contest to make room for younger leaders.

Considering their tall stature in the state politics, it will be interesting to see how their substitutes, who face the challenge of retaining the seats, fare at the hustings.

The sitting MPs from Haridwar, Tehri and Almora were, however, retained by the BJP.

Polling in the state's five parliamentary seats will be held on April 11. The BJP had won all the seats in 2014.