It was a private meeting and no politics was discussed, the sources added. 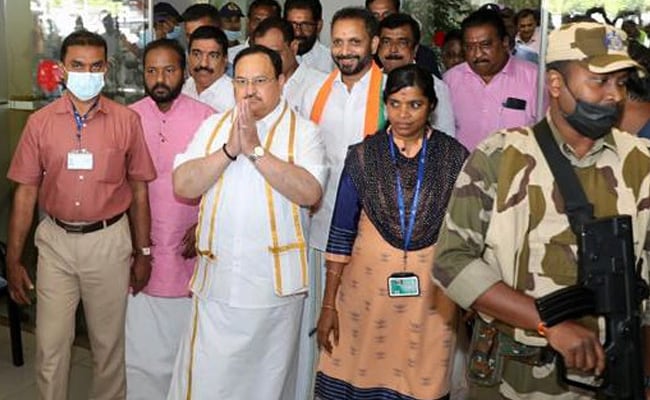 BJP chief JP Nadda had a couple of days ago met a few top Catholic priests in Kottayam district of Kerala, sources said.

It was a private meeting and no politics was discussed, the sources added.

"No politics were discussed. That was a sort of a private meeting," a highly placed source told PTI.

When asked about the political significance of the meeting, the source reiterated that there was nothing political but added that "yes we will reach out to everybody." Another source said top priests of Kottayam and Changanassery archdioceses of the Catholic Church attended the meeting held at a place near Caritas hospital there.

There was no official reaction from the church.

Mr Nadda was in Kerala recently and participated in the inauguration of a BJP district office in Kottayam.