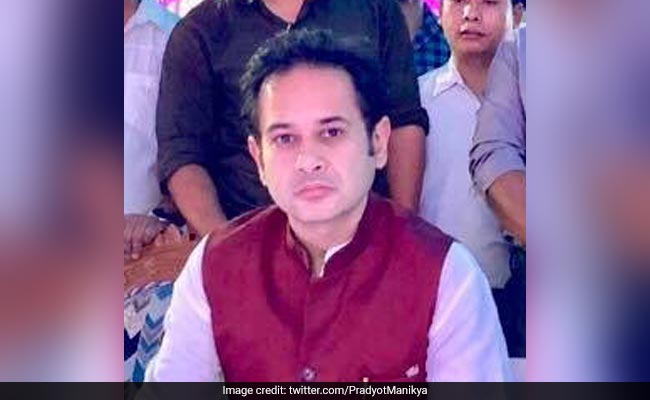 The Indigenous People's Front of Tripura, an ally of the BJP in the North-eastern state, will merge with Tripra Motha, a regional political party, on July 2 ahead of the Assembly elections due next year, a senior IPFT leader said on Saturday.

The Tipra Motha, headed by royal scion Pradyot Kishore Debbarma, seeks a separate state for the indigenous people of Tripura.

“After long deliberation, we have decided to merge with Tipra Motha at a programme in Agartala on July 2 to realise the dream of achieving Greater Tipraland," IPFT vice-president Jibanjoy Reang said.

‘Greater Tipraland' is an extension of the IPFT's earlier demand for ‘Tipraland', a separate state for tribals by carving out the TTAADC area. The proposed ‘Greater Tipraland' state would include tribal majority areas of Tripura, Assam, Mizoram, and even Chittagong Hill Tracts of Bangladesh.

The TTAADC comprises two-thirds of Tripura's territory and is home to the tribals who constitute a third of the state's estimated 40 lakh population.

"Around 99 per cent of the party's leaders from the 34 divisional committees are with us”, Reang said.

The IPFT, which has been hit by factional fight, has eight MLAs but one of them has resigned from the Assembly though it is yet to be accepted.

Interestingly, party president Mevar Kumar Jamatia, who was removed as a minister after the new Chief Minister Manik Saha rejigged the ministry last month, is unlikely to be a part of the merging process.

“He (Jamatia) may not be there for personal reason,” Mr Reang said.

In Tripura, a legislator needs to complete four-and-a-half years to get pension and other benefits and the current assembly is not that old.

Jamatia who, IPFT sources claimed, has influence on a large section of young members, could not be contacted.

Besides him, the previous party president NC Debbarma will not join the move to merge with the Tipra Motha.

“These are political statements,” said Mr Debbarma who continued to remain a minister in the state and claims to be the real president of the party.

The BJP did not attach much importance to the IPFT's merger plan.

“Our party has a tie-up with the IPFT and not with any individual. We have nothing to say if any individual makes any decision," BJP spokesperson Nabendu Bhattacharjee said, In the 60-member Tripura Assembly, the demand for a separate state may influence results in 20 seats where tribal people hold considerable sway.