Mr Swain was suffering from kidney-related ailments. He was admitted to Apollo Hospital yesterday after he complained of uneasiness in breathing. 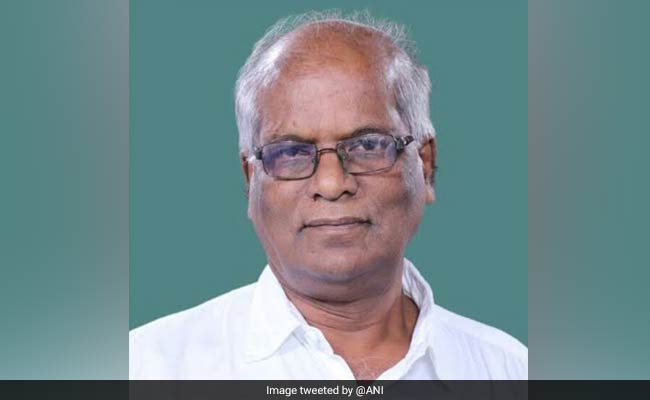 Senior Biju Janata Dal leader and Lok Sabha member Ladu Kishore Swain passed away yesterday night while undergoing a treatment at a private hospital in Bhubaneswar. He was 71.

Mr Swain, who represented Odishas Aska Lok Sabha constituency, was suffering from kidney-related ailments. He breathed his last late Tuesday night at the Apollo Hospital, where he was being treated  after he complained of uneasiness in breathing. Mr Swain is survived by wife, two sons and a daughter.

"Anguished by the passing away of Lok Sabha MP from Aska, Odisha, Shri Ladu Kishore Swain Ji. He will be remembered for his rich service to society. His work towards rural development was noteworthy. Spoke to his son Nachiketa and expressed condolences," he tweeted.

Sad to hear of the passing of Shri Ladu Kishore Swain, MP (LS) from Aska, Odisha. He contributed immensely to society in various roles. My condolences to his family, constituents and colleagues #PresidentKovind

Chief Minister Naveen Patnaik, in his condolence message, called him an "able parliamentarian" and a "distinguished member of state legislature".

Shocked to hear the demise of Sri Ladu Kishore Swain, MP, Aska. Convey my deep condolences to the bereaved family. Late Sri Swain was an able parliamentarian as well as a distinguished member of state legislature. His loss is profound. May his soul rest in peace.