Adani Group, run by the second-wealthiest person in Asia and namesake of the ports-to-power business conglomerate, said on Tuesday it will invest $20 billion over 10 years in renewable power.

Mukesh Ambani said in June that he would spend $10 billion in green energy over three years.

The race between tycoons Mukesh Ambani and rival Gautam Adani is heating up, with the two billionaires going head-to-head to try claim the title of world leaders in renewable energy.

India, an outlier as a major greenhouse gas producer that's yet to announce a net zero emissions target, has seen its key businesses lead the charge with plans to build an industry around decarbonization on billions of dollars of investment.

Adani Group, run by the second-wealthiest person in Asia and namesake of the ports-to-power business conglomerate, said on Tuesday it will invest $20 billion over 10 years in renewable power. The announcement comes on the heels of Ambani, Asia's richest man and owner of oil refining and petrochemical giant Reliance Industries Ltd., who said in June that it would spend $10 billion in green energy over three years. 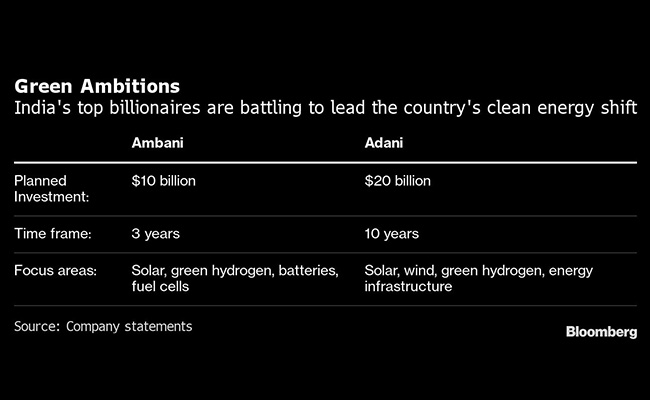 With the COP26 climate summit in Glasgow just weeks away, India is under pressure from global leaders to commit to a net zero target. While the nation's political leaders have considered setting a carbon neutrality goal, Prime Minister Narendra Modi's government has argued that as a developing nation where per capita electricity consumption is less than half of the world average, it needs the energy and developed countries should shoulder the burden of emissions cuts.

So, what's behind the rush of capital from the billionaires?

Though the government hasn't made an official net zero target, it's unlikely Ambani and Adani would have taken these steps without government support. And private money from the tycoons may spur India to move faster toward a greener country while also helping fill a mushrooming hunger for electricity as its economy paces at double-digit growth. 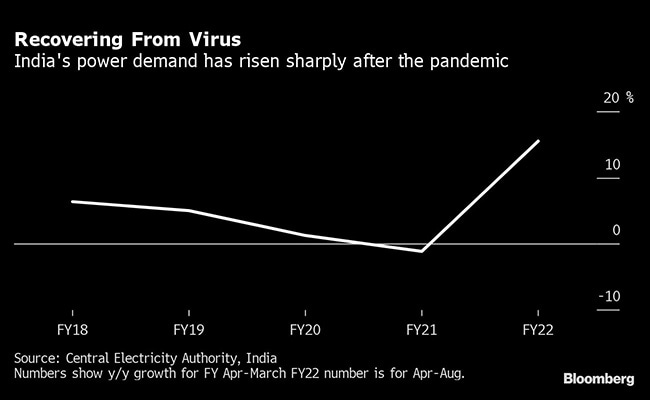 India's government has also been taking steps toward greener energy with plans to more than quadruple renewable power capacity to 450 gigawatt by the end of this decade. That requires nearly $650 billion in investment across the power sector, according to BloombergNEF.

Both Adani and Ambani's companies are bidding for government incentives intended to spur domestic manufacturing of solar power equipment.

"The 450 gigawatt renewables target is predicated on a massive increase in power demand in the next 8-10 years," said Gagan Sidhu, director at Centre for Energy Finance at New Delhi-based thinktank CEEW. "That growth is going to come from green hydrogen, it's going to come from electric mobility and distributed generation," and companies like Adani and Reliance "have seen the writing on the wall," Sidhu said.