Bill To Change RTI Will Not Be Introduced In Monsoon Session: Sources

Leaders of various political parties on Wednesday said they have committed to fight any "attempt" by the centre to "dilute" the act and oppose any amendments to it. 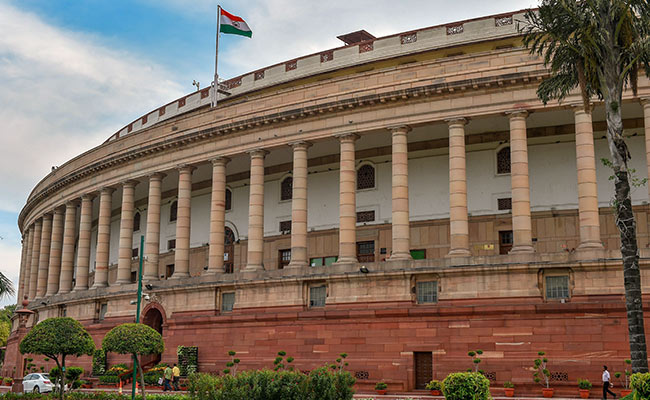 RTI Bill will not be introduced in parliament this monsoon session, sources say.

A controversial bill to change the landmark transparency law - the Right to Information Act or RTI - has been deferred and will not be introduced in parliament this monsoon session, sources say. It may now be introduced in the next session.

A notice of intention was given to introduce 'The Right to Information (Amendment) Bill, 2018' in the Rajya Sabha for consideration and passage during the current session of Parliament, Minister of State for Personnel Jitendra Singh had said in a written reply to Lok Sabha.

Leaders of various political parties on Wednesday said they have committed to fight any "attempt" by the centre to "dilute" the act and oppose any amendments to it.

The "Right to Information (Amendment) Bill, 2018" proposes that information commissioners - who currently have five-year tenures - have "terms as may be prescribed by the central government".
Their salaries, instead of being on par with that of Election Commission officials - will be decided by the Central government.

Extensive protests have been held in Delhi and other parts of India since the government listed the bill for "introduction, consideration and passing" the monsoon session. The protests were attended not only by RTI activists, but anti-corruption workers and the relatives of people who were killed while exposing corruption across the country.

Lack of information about the proposed changes even pushed activists to file an RTI petition regarding the contents of the bill.

The Congress, the Left, the Trinamool Congress, Arvind Kejriwal's Aam Aadmi Party and Lalu Yadav's Rashtriya Janata Dal have said they will oppose any move to "dilute" the RTI Act.

The Congress has said the BJP-led central government is "destroying" institutions and legislations of transparency and accountability in the country.

On Thursday, party chief Rahul Gandhi tweeted, "Every Indian has the right to know the truth. The BJP believes the truth must be hidden from the people and they must not question people in power. The changes proposed to the RTI will make it a useless Act. They must be opposed by every Indian."

Army Jawan Killed In Nagaland Violence Was From Uttarakhand's Tehri