Bihar Villagers Shoo Away Lawmaker For Not Helping Encephalitis Victims 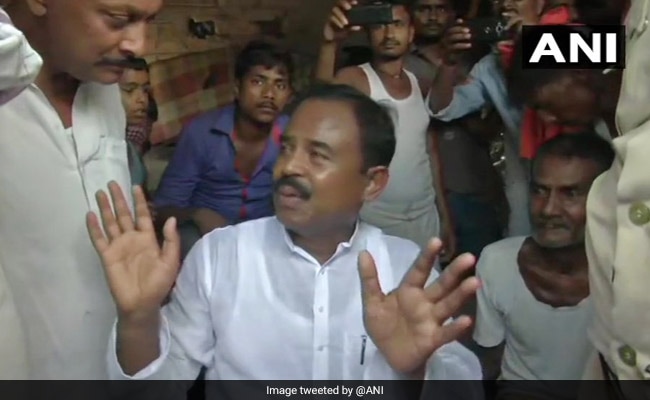 Villagers had announced a Rs 5000 reward for finding their local MLA Rajkumar Sah.

The angry residents of Harivanshpur village on Sunday shooed away Lok Janshakti Party MLA Rajkumar Sah for not being with them, while they were grappling with the crisis of severe water shortage and the acute encephalitis syndrome (AES), which has claimed the lives of several children in the village so far.

Rajkumar Sah along with newly elected local MP Pashupati Kumar Paras on Sunday visited village after the residents put up missing posters of Union Minister Ram Vilas Paswan and Rajkumar Sah. The locals did not only shout slogans against Rajkumar Sah, but also shooed him away.

Pashupati Kumar Paras distributed medicines among the villagers and assured all possible help to them, but they got angry to see Rajkumar Sah and asked him where he was when they were faced with such a grim situation where they did not even have water.

Pashupati Kumar Paras also gave Rs 5,000 to the families of those children who died due to the AES.

"He is our MLA. He didn't even have time to listen to our grievances. When some people went to his residence to tell him about the serious situation, his son pushed them away from the door," said a villager.

Residents of Harivanshpur village on Saturday had announced a reward of Rs 15,000 for locating their MP and Union Minister Ram Vilas Paswan for not being with them in the hour of the dire need. 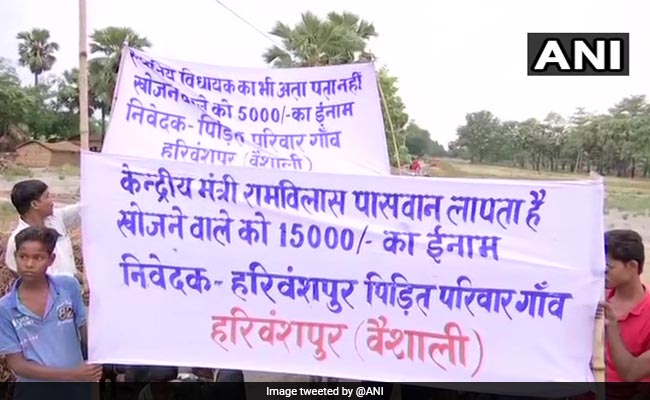 They put up banners and pasted posters on their cattle to convey their anguish against Ram Vilas Paswan. They have also announced Rs 5,000 reward for finding out the local LJP MLA.

Union Minister Ram Vilas Paswan, who heads the Lok Janshakti Party (LJP), an ally of the BJP, filed his nomination for the Rajya Sabha as the NDA candidate from Bihar on Friday.

In the recently concluded Lok Sabha elections, LJP contested six seats and won all of the seats. Ram Vilas Paswan's brothers -- Ramchandra Paswan and Pashupati Paras -- won from Samastipur and Hajipur seats respectively, while his son Chirag Paswan got re-elected from Jamui, all seats reserved for the scheduled castes.