Bihar flood news: In Darbhanga district houses have been washed away and low-lying areas are under several feet of flood water. 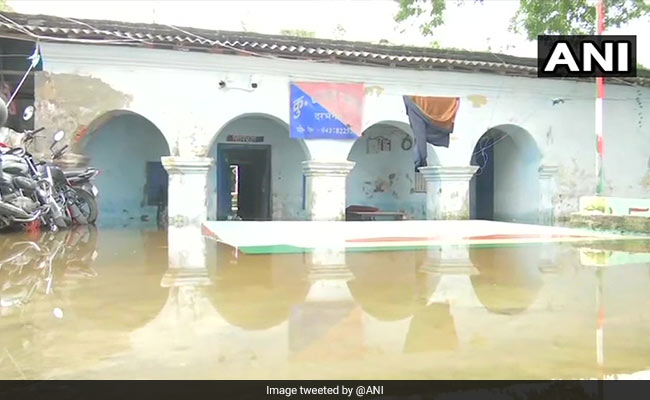 The flood situation in Bihar has worsened. In Darbhanga district houses have been washed away and low-lying blocks like Kusheshwar Asthan, Gaurabauram, Ghanshyampur and Hayaghat are under several feet of flood water. An entire police station in Kusheshwar Ashthan is under waist-deep water with snakes floating around.

"We have kept everything on the tables to prevent them from getting submerged. We go for patrolling in rural areas using boats. The government has not given us boats and we pay from our own pockets. Also there is no electricity in the area for the last three or four days," Assistant Sub Inspector, Mithlesh Singh told news agency ANI. 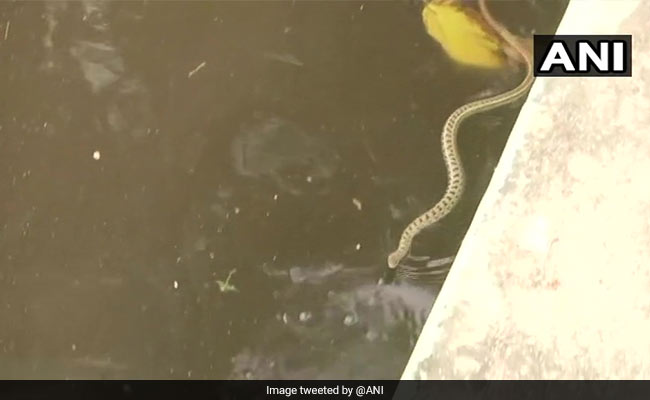 Bihar floods: Snake in a flooded police station in Darbhanga

"We don''t have an option but to work in this situation. There is flooding in the area every year and our police station gets submerged...," Mr Singh added. The police station is more than 60 years old and built on low-lying land.

"We are planning to shift the police station in Kusheshwar Asthan to an elevated place and shift all government offices built on low-lying land to higher places," the local district official said.

In Darbhanga, hundreds of people in five blocks have taken shelter on the embankments and higher grounds. A couple who had taken shelter inside a makeshift tent beside National Highway 527B was mowed down by a pick-up van on Tuesday, the police said. 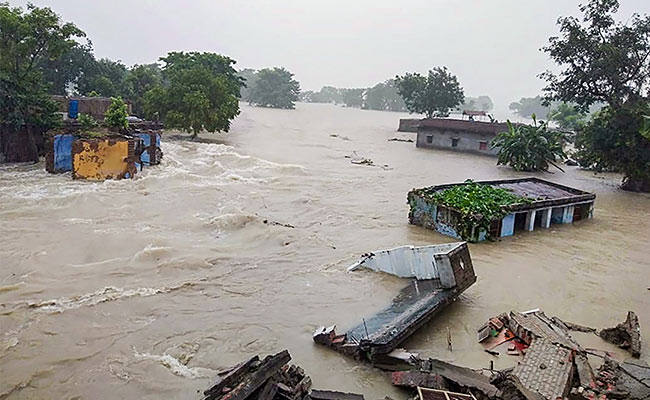 Bihar floods: Houses washed away in Gopalganj after Gandak river breached its banks in several places

Chief Minister Nitish Kumar on Monday directed engineers of the Water Resources Department to remain alert as embankments are under pressure from surging flood waters. On July 24, the Gandak river fractured Saran embankment at two places in Gopalganj while another breach took place in East Champaran district.

The Chief Minister has announced Rs 6000 will be transferred directly to the bank accounts of the flood-affected families. Over 2.5 million people have been affected by floods in 11 districts of Bihar.