Over 4.21 lakh people have been shifted to 1,358 relief camps in different parts of the state. Bihar Chief Minister Nitish Kumar had thanked Prime Minister Narendra Modi for sending the army and teams of the National Disaster Response Force. 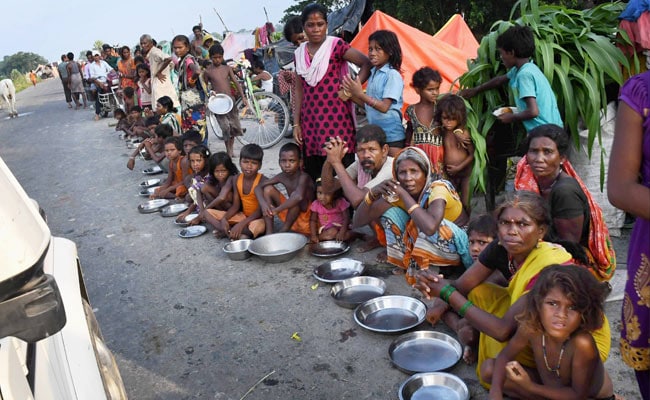 Patna: The number of dead in the devastating floods in Bihar has gone up to 253 as the situation worsened with more areas getting affected. Around 1.26 crore people are facing the deluge in 18 districts of the state. Earlier on Sunday, Bihar Chief Minister Nitish Kumar thanked Prime Minister Narendra Modi for sending the army and teams of the National Disaster Response Force to flood-hit parts of the state for relief operations - barely hours after the chief minister sought help from the centre.

Delhi Man Stabbed To Death In Front Of His Brother; 5 Arrested: Police