Luv Sinha, 37, is the Congress candidate from Bankipore, pitted against the BJP's three-time MLA Nitin Navin. 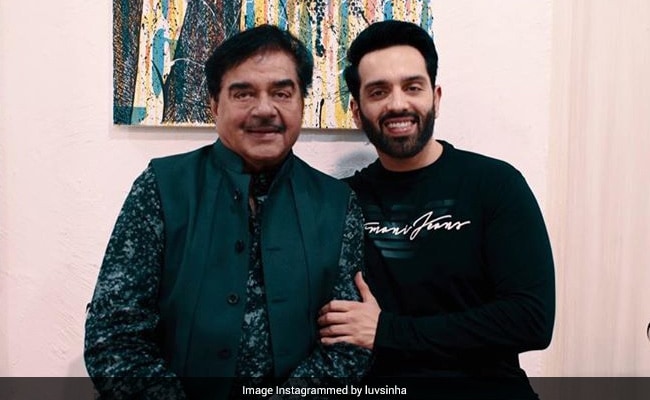 Luv Sinha had a short-lived career in films, unlike his father Shatrughan Sinha, a Bollywood veteran

Actor-turned-politician Shatrughan Sinha's son Luv Sinha is all set to debut in politics by contesting the Bihar election later this month.

Luv Sinha, 37, is the Congress candidate from Bankipore, pitted against the BJP's three-time MLA Nitin Navin.

Bankipore is a part of the Patna Sahib Lok Sabha constituency that elected former Union Minister Shatrughan Sinha twice to parliament when he was in the BJP, in 2009 and 2014.

Last year, Shatrughan Sinha, 74, contested as a Congress candidate after he was dropped by the BJP. He lost to Union Minister Ravi Shankar Prasad.

Bankipore is seen to be a BJP stronghold, as is Patna Sahib. Caste has played an important role in the choice of candidates; both belong to the upper caste Kayasthas.

This is one of the 70 seats that fell in the Congress's share in the allocation of seats in the Rashtriya Janata Dal-led opposition alliance. Internally, the party has been stewing about seats like this, more or less seen as a lost cause, where RJD had no hope of winning at all.

An interesting candidate in this seat is the newly-formed Plural Party's Pushpam Priya Chaudhary, who entered politics through advertisements in newspapers and once called herself the future Chief Minister of Bihar.

Luv Sinha had a short-lived career in films, unlike his father, a Bollywood veteran, and his sister Sonakshi Sinha, who has starred in several hit films. He was last seen in the 2018 film "Paltan". His first movie, "Sadiyaan", was in 2010.

He is the third from his family to contest elections. His mother Poonam Sinha was the Samajwadi Party's candidate for the 2019 national election from Lucknow, where Union Minister Rajnath Singh won.

Bihar will vote on October 28, November 3 and 7. The results will be declared on November 10.