Bihar Election Result 2020: "BJP leader Amit Shah had announced that Nitish Kumar would become the Chief Minister even if his party gets less number of seats. But a similar assurance was given to the Shiv Sena during the 2019 Assembly polls in Maharashtra, which was not honoured," Sena claimed. 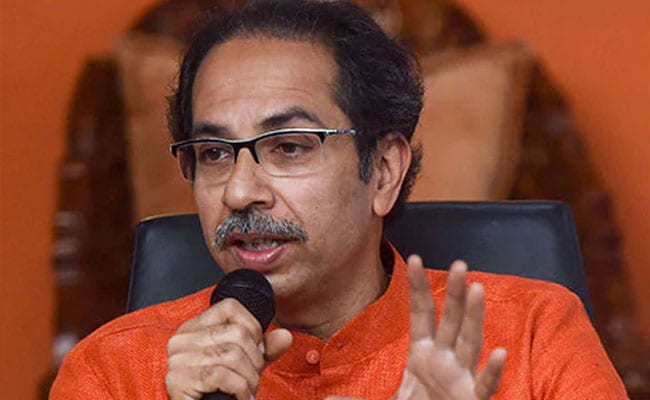 Shiv Sena claimed that should Nitish Kumar become Chief Minister again, the credit will be Sena's

Praising RJD leader Tejashwi Yadav for giving a "spirited fight" in the Bihar Assembly polls, the Shiv Sena today needled the BJP saying that if Nitish Kumar retains the post of Chief Minister despite the JD(U) winning fewer seats, the credit should go to the Shiv Sena.

It said that the BJP had promised that Nitish Kumar would be the next Chief Minister of Bihar even if his party gets less number of seats.

The BJP had given a similar promise to the Shiv Sena during the 2019 Maharashra Assembly polls, but as that word was not kept, it led to a political drama in the state, the Uddhav Thackeray-led party claimed.

An editorial in Shiv Sena mouthpiece 'Saamana' said that JD(U) could not win even win 50 seats in the Bihar elections, while the BJP got over 70 seats.

"BJP leader Amit Shah had announced that Nitish Kumar would become the Chief Minister even if his party gets less number of seats. But a similar assurance was given to the Shiv Sena during the 2019 Assembly polls in Maharashtra, which was not honoured and the state witnessed a political 'Mahabharat'," it claimed.

"If Nitish Kumar becomes the Chief Minister despite winning less number seats, its credit should go to the Shiv Sena," it added.

The Shiv Sena and the BJP had contested the 2019 Maharashtra Assembly elections together, but the alliance fell apart after results following differences over sharing the Chief Ministerial post.

The Shiv Sena, which won 56 seats, had claimed that the two parties had reached such an understanding before the elections - a claim denied by the BJP. The Sena then joined hands with the NCP and the Congress to form Maha Vikas Aghadi (MVA) government in the state.

The ruling party in Maharashtra praised RJD leader Tejashwi Yadav, who was the Mahagathbandhan's chief ministerial candidate, for putting up a formidable fight in Bihar.

"Bihar has seen the rise of Tejashwi era. He single-handedly fought the people in power. It would be injustice to Tejashwi to say that Narendra Modi's charisma worked in Bihar. The election, which looked one-sided initially became a closely-fought contest due to Tejashwi," it said.

"Tejashwi hasn't lost. Merely losing an election does not mean defeat. His fight was a big struggle - not only in the family, but also against the powerful in Patna and Delhi.

"Narendra Modi called him "jungle raj's yuvraj", while Nitish kumar made a emotional appeal to voters saying it was his last election. But Tejashwi focused on the issues of development, employment, health, education in the poll campaign," the Sena said.

"The Bihar elections gave a new Tejashwi (shining) face to the national politics. He needs to be congratulated," the editorial said.

A stellar performance by the BJP has enabled the ruling NDA to attain a simple majority in the Bihar assembly, as per the final results announced early this morning.