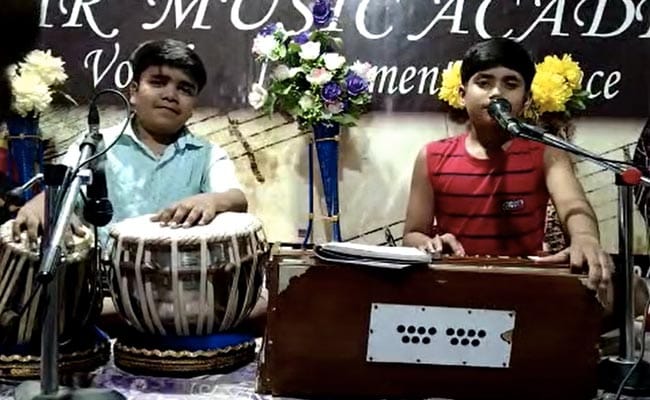 Amid the Agnipath controversy, a parody song by Raunak Ratan, a resident of Bihar's Chhapra, is going viral on social media. In the song, Raunak Ratan discusses the potential drawbacks for young people of being given temporary work instead of full-time employment.

The Bhojpuri song, which has become popular on social media, has received millions of views.

On social media, people are praising the music. People are also sharing the song with different captions.

Raunak Ratan's age is said to be around nine. The child, who is in Class 5, has delivered popular songs in the past. One of his songs on COVID-19 had gone viral, too.

Two of his other songs - Guruji Khoji Madhushala, and Sonua Ke Padha Di - did well on the internet.

His father is a music teacher. After his songs went viral, Raunak Ratan earned the nickname "Viral Boy".

Days after it was unveiled on June 14, the Agnipath recruitment scheme became mired in controversy as protests erupted across the nation. According to the scheme, individuals between the age of 17.5 and 21 years will be enlisted in the armed forces for a period of four years, after which the majority will be required to retire without receiving gratuity or pension benefits.

Later, the government raised the maximum age for enlistment in 2022 from 18 to 23.

The plan has drawn criticism from a number of opposition parties as well as some military veterans, who claim that the four-year term will sap soldiers' motivation to fight and make them risk-averse.