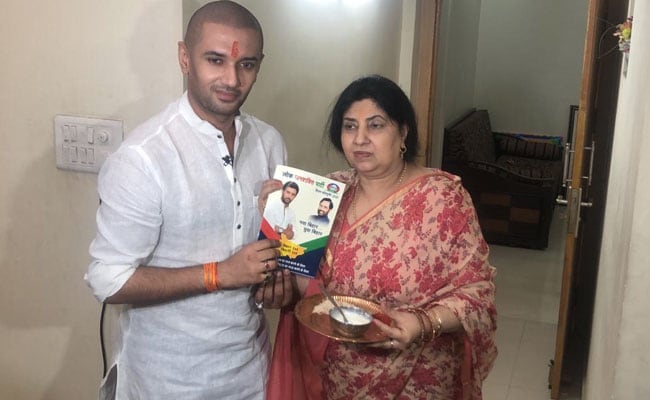 Lok Janshakti Party (LJP) chief Chirag Paswan has promised to set up a "coaching city" similar to Rajasthan's Kota, Delhi's Mukherjee Nagar and Uttar Pradesh's Prayagraj, if voted to power, so that students from Bihar do not have to migrate to cities in other states to prepare for competitive exams. He released his party's manifesto for the upcoming assembly election in Bihar.

The coaching city will have accomodation facilities and libabry for students, the LJP said, adding seats will be reserved for studetns from economically weaker sections.

A grand Sita temple, which the party says will put Bihar on the world map, is also in the list of promises.

Mr Paswan's party has also promised free rides for women in government buses as well as a curb on the bureaucracy.

"Today, with the release of our party's manifesto for the Bihar assembly polls, I put forward our vision of 'Bihar first, Bihari first' which will resolve various problems that the people of Bihar have been facing," Mr Paswan, 37, said in state capital Patna.

Among other promises in the manifesto are the building of an online portal where employers and job seeker can connect, separate toilets for women in all the block headquarters, gram panchayat headquarters and markets.

"The posts of all the departments of the government-approved will be filled soon. All the employees working in the state government on the contract will be regularised. To prevent flood and drought, all the rivers of the state will be connected by canals," the manifesto said.

Chirag Paswan is contesting the Bihar election separately from the BJP-led National Democratic Alliance (NDA) this time, mainly to fight Chief Minister Nitish Kumar and his Janata Dal United. He has repeatedly asserted that while his fight is against Nitish Kumar, he is devoted to Prime Minister Narendra Modi and hopes to form a government in Bihar with the BJP after the polls.

The BJP's national leadership has been softer towards Chirag Paswan and has not thrown him out of the NDA despite his public criticism of Nitish Kumar, which has raised speculation that the BJP considers him a counterweight to keep the Bihar Chief Minister in check.

Bihar votes for a new 243-member assembly on October 28, November 3 and 7. The results will be declared on November 10.