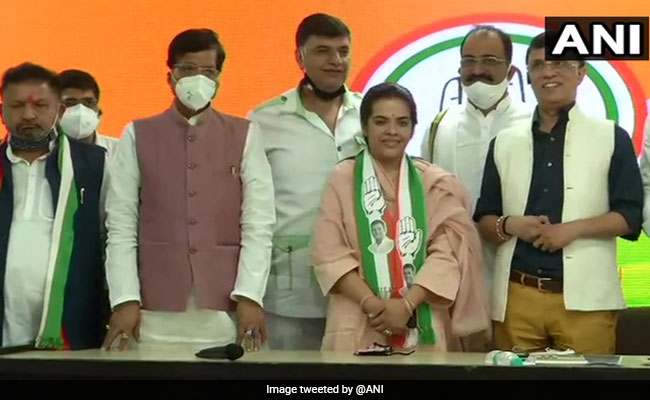 Ahead of the Bihar assembly elections, Loktantrik Janata Dal chief Sharad Yadav's daughter Subhashini Yadav joined the Congress on Wednesday in the presence of local leaders.

Both are likely to contest the upcoming assembly elections in Bihar and are seeking tickets from the Congress party.

Subhashini Yadav, a social worker, said she is taking the responsibility of carrying on the fight of the "Mahagathbandhan" in Bihar, as her father Sharad Yadav has always supported it.

"I thank Sonia Gandhi, Rahul Gandhi and Priyanka Gandhi Vadra for giving me this opportunity. Sharad Yadav is not actively taking part in the Bihar elections, as he is not well. He has always supported the ''Mahagathbandhan''. It is my responsibility to take this fight forward and to take Bihar to greater heights," she said.

Kali Pandey, who switched over from the LJP, said it was a homecoming for him as he had earlier extended support to former prime minister Rajiv Gandhi in 1984 when he was a member of the Lok Sabha.

"I feel honoured to have joined the Congress," he said.

In 1980, Pandey won the Bihar Vidhan Sabha election as an independent candidate and then won the 1984 Parliamentary elections from Gopalganj in the state.

"This is my old home and I am happy to be back to my old home," he said.