Bihar Polls 2020: Nitish Kumar's biggest mistake, his critics say, was to undermine the coronavirus and the migrant crisis. 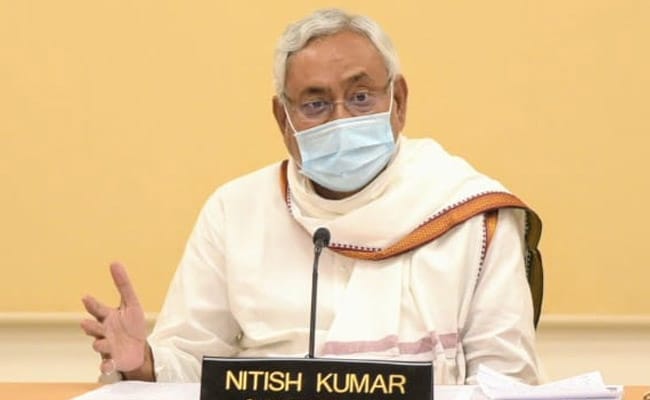 Nitish Kumar's "Sushasan Babu (Mr Good Governance)" tag is at stake as he fights for a fourth straight term as Bihar's Chief Minister. The heckling at his rallies and pro-opposition slogans raised during his tours should deeply worry his campaign managers.

Nitish Kumar, 69, faces multiple challengers in the Bihar election. Weeks ago, the ruling National Democratic Alliance (NDA) would not have imagined so many rivals ranged against the Chief Minister.

But Nitish Kumar's worst enemy today is the 37-year-old actor-turned-politician who was his ally for three years until he revolted.

Chirag Paswan, the chief of the Lok Janshakti Party (LJP), is fighting his first election in Bihar alone, a big gamble that pits him against his own coalition, the NDA. He has made it clear that his sole agenda is to oust Nitish Kumar and form a government with the BJP.

Nitish Kumar has reasons to worry about Tejashwi Yadav, who is drawing huge crowds and whose promise of 10 lakh government jobs seems to have resonated with more in Bihar than the Chief Minister would care to admit.

Chirag Paswan, the chief of the Lok Janshakti Party (LJP), is fighting his first election in Bihar alone.

But Chirag Paswan and his perceived hidden backers in the BJP have given the five-time Chief Minister sleepless nights.

As one travels across Bihar, the "Parivartan (change) brigade" is visible. They are the BJP workers who believe Nitish Kumar should go. For them it is now or never. They see an opportunity in the revolt by ally-not ally Chirag Paswan.

On record, BJP leaders have attacked Chirag Paswan but the party has stopped short of throwing him out of the alliance despite his relentless attacks on Nitish Kumar, who heads the NDA in Bihar.

Union Home Minister Amit Shah, in two interviews in two days, revealed more in what he did not say about him. He expressed sadness over Chirag Paswan's move and said whether Paswan Junior would be inducted in the Union Cabinet - after his father Ram Vilas Paswan's death recently - would be decided after the Bihar polls. The BJP is clearly not cutting him loose.

Leaders of Nitish Kumar's Janata Dal United are disappointed; the BJP is not above putting rebellious allies in their place, yet the LJP leader is getting away with every insult, every attack aimed at the Chief Minister - including a threat of jail for corruption.

On the ground, Nitish Kumar and the BJP are campaigning together. BJP leaders are even attending nominations and meetings for JDU candidates. BJP MPs like Chedi Paswan and Sushil Singh, who tried to stay away from JDU candidates, fell in line after a nudge from the leadership.

These BJP leaders say there's too much anger against Nitish Kumar.

Why is Bihar angry?

Nitish Kumar's biggest mistake, his critics say, was to undermine the coronavirus and the migrant crisis.

His stubborn refusal to bring migrants back in the middle of the lockdown and the failure to provide jobs became a rallying point not just for Tejashwi Yadav but also Chirag Paswan. Worse, he was MIA during the months of coronavirus lockdown when he could have reached out to the masses. He was the only Chief Minister who didn't address the people of his state or the media at the time. "Now he is coming out to ask for votes," Tejashwi Yadav says in his rallies. 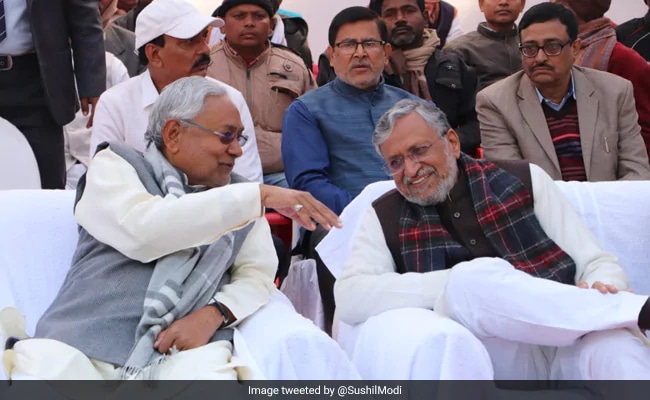 On the ground, Nitish Kumar and the BJP are campaigning together. BJP leaders are even attending nominations and meetings for JDU candidates.

A poorly implemented liquor ban is also seen to have taken the sheen off "Sushasan Babu". It resulted in a parallel economy that has thrived despite laws and cops.

His "Saat Nischay" scheme has only served to alienate allies. Despite his talk of zero tolerance on corruption, it is still tough in Bihar to get work done without bribe.

Nitish Kumar's supporters admit his arrogance is not helping. Once among the most visible Chief Ministers of India, he is now aloof and virtually a recluse.

Nitish Kumar has never contested the state election barring 1995. He became Chief Minister when he was an MP and then he resigned. He has always been a member of the Bihar Legislative Council.

In 2015, a year after the Narendra Modi-led BJP government came to power, the Bihar poll battle became a Nitish Kumar vs PM Modi fight. In 2010, before the JDU quit the NDA, he refused to let Mr Modi, then Chief Minister of Gujarat, campaign for him.

His long-time friend-turned-political rival Shivanand Tiwari says he was finished politically when he resurrected his alliance with the BJP in 2017, four years after he walked out over Narendra Modi's elevation as NDA's Prime Ministerial choice.

Before that, Nitish Kumar was seen as the only man who could rival PM Modi. With his clean image, he also represented the "anti-Lalu Yadav" spectrum in Bihar.

After the Nitish Kumar-BJP coalition returned, when PM Modi rejected the Chief Minister's demand for central status to Patna University, it was clear that the balance of power had shifted.

Nitish Kumar even avoided issuing his own manifesto and kept talking about the alliance in the 2019 national election just to keep PM Modi in good humour, Mr Tiwari said.

On Friday, at their first rally together, PM Modi targeted opposition criticism of his government's Article 370 decision, right next to Nitish Kumar, who had initially been among those critics and later changed his mind.

Rally crowds are not everything, as multiple elections have proved. 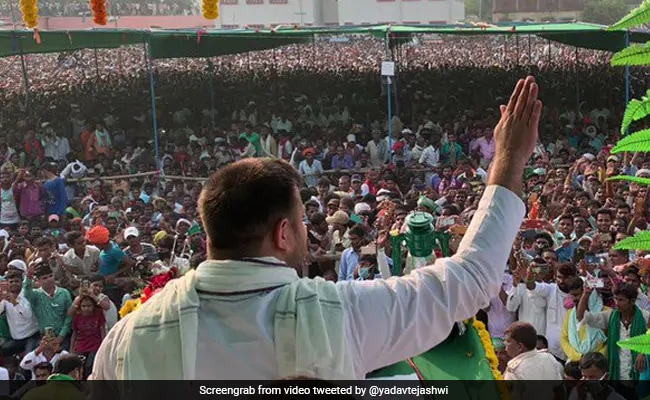 Nitish Kumar has reasons to worry about Tejashwi Yadav, who is drawing huge crowds and whose promise of 10 lakh government jobs seems to have resonated with more in Bihar.

Tejashwi's handling of the opposition Mahagatbandhan and the way he off-loaded deadweight allies Upendra Kushwaha and Mukesh Sahni are cited as proof that the 31-year-old has upskilled in politics while his father Lalu Yadav was serving a jail term.

But Tejashwi Yadav's best-case scenario is still based on the BJP sabotaging its own Chief Minister or Chirag Paswan doing some actual damage to Nitish Kumar. Which is why the RJD leader recently tsk tsk-ed Nitish Kumar's "injustice to" Chirag Paswan.

The unexpected popularity of Tejashwi's  jobs promise has rattled Nitish Kumar. He recently shouted at a crowd: "Stop talking nonsense. If you don't want to vote for me, then don't".

The Chief Minister's party men say these are just wrinkles. "Our social base is intact and the NDA is united. The people of Bihar still don't want the return of Lalu-Rabari Raj (Lalu Yadav and his wife Rabri Devi's rule), which is what Tejashwi stands for," says JDU chief spokesperson Sanjay Singh.