Tensions between the USand India have risen in recent weeks over PM Modi's reluctance to criticize Putin's aggression in Ukraine. 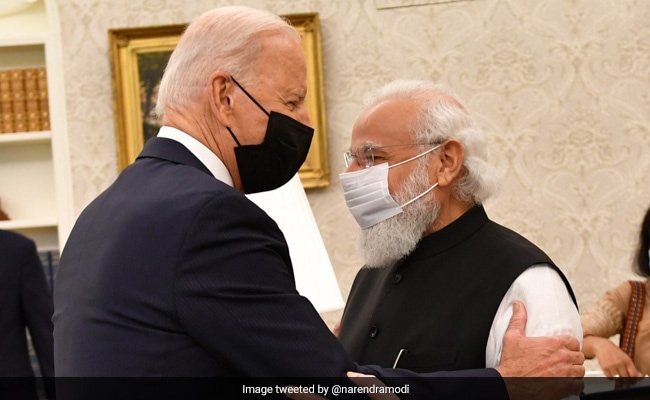 US President Joe Biden will again press India to take a harder stand on Russia's war in Ukraine during a virtual meeting on Monday with Prime Minister Narendra Modi ahead of a dialog between the foreign and defense ministers from both sides.

Biden will continue "consultations on the consequences of Russia's brutal war against Ukraine and mitigating its destabilizing impact on global food supply and commodity markets," the White House Press Secretary said in a press statement Sunday.

Tensions between the US and India have risen in recent weeks over PM Modi's reluctance to criticize Vladimir Putin's aggression in Ukraine, which has complicated a budding security partnership between the democracies in countering China's influence.

Top Biden administration officials have publicly expressed alarm and disappointment with New Delhi's reaction to the Russian invasion of Ukraine and its purchases of weapons and discounted oil from Moscow. However, people familiar with the matter have told Bloomberg News that the public position is contrary to private discussions between the two sides.

They cited conversations in New Delhi last month with US Assistant Secretary of State Victoria Nuland, who offered help in finding alternative sources of weapons that could be used to counter India's neighbors Pakistan and China.

India has advocated a diplomatic solution to end the fighting in Ukraine but has refrained from taking a stronger stand. Last week, India again abstained when the UN General Assembly voted to suspend Russia from its Human Rights Council.

The Ministry of External Affairs did not mention Ukraine at all in its press statement on the meeting between Biden and PM Modi, saying only that they will "review ongoing bilateral cooperation and exchange views on recent developments in South Asia, the Indo-Pacific region and global issues of mutual interest."

The virtual summit between the leaders on Monday will be followed by a two-plus-two meeting between foreign and defense ministers of both nations in Washington.

Last week, Foreign Minister S Jaishankar told lawmakers that Moscow was an "important partner in a variety of areas" and India was trying to "stabilize economic transactions with Russia." The minister also said that India and Russia were working on a non-dollar denominated payment system.