Madhya Pradesh Chief Minister Shivraj Singh Chouhan said the fire at the hospital in the state capital on Monday was a result of "criminal negligence", and the guilty will not be spared. 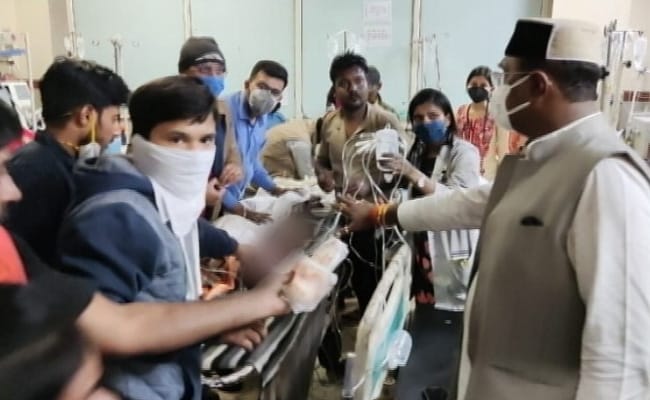 Four newborns died in a fire that broke out at a hospital in Madhya Pradesh's Bhopal. (File)

A day after the death of four newborns in a fire at a hospital in Bhopal, Madhya Pradesh Chief Minister Shivraj Singh Chouhan today ordered fire safety audit of all government and private hospitals in the state.

The chief minister said the fire at the hospital in the state capital on Monday was a result of "criminal negligence", and the guilty will not be spared.

"It was our (government's) responsibility to save these children as they were under our protection. This is a serious incident," he said addressing state ministers and government officials before the cabinet meeting.

"This is criminal negligence. Whoever is guilty will not be spared...we need to prevent such unfortunate incidents in future. All necessary arrangements should be made to avoid such incidents," he said.

The chief minister also said fire safety was now more important as oxygen plants and their supply lines were installed at various hospitals in the wake of the COVID-19 pandemic.

A major fire broke out on Monday in the special newborn care unit (SNCU) located on the third floor of the government-run Kamla Nehru Children's Hospital building, killing four newborns.

"I had directed earlier also to conduct the fire safety audit of hospitals. Now, I am telling the chief secretary to submit a report about in which hospitals fire safety audit was conducted and which were left out," Mr Chouhan said.

He also ordered for the fire safety audit of all government and private hospitals of the state again to prevent such incidents in future.

He praised state Medical Education Minister Vishvas Sarang, who immediately rushed to the hospital here after the blaze on Monday and took care of the relief works.

"The doctors, nurses, ward boys and other people who saved 36 infants by putting their lives in danger will be feliciated," the chief minister said.

Mr Chouhan also said he was keen to visit the spot on Monday night, but "I was stopped so that the relief work could go on smoothly".

He said he was issuing directives to the officials throughout the night and taking stock of the situation.

The chief minister has also ordered a high-level probe into the incident, to be conducted by Additional Chief Secretary, health and medical education, Mohammad Suleiman.

"A big tragedy was averted as the infants were timely shifted to another place. At present, we have information of four deaths. The inquiry will reveal what led to their deaths. This is a sad incident and measures are being taken to avoid such incidents in future," Mr Singh said.

According to Mr Sarang, a total of 40 children were admitted to the SNCU of the Kamla Nehru Children's Hospital. Out of them, 36 were undergoing treatment in different wards, he said.

Four children died in the fire that broke out probably due to a short circuit, he said.

The chief minister earlier announced compensation of Rs 4 lakh each for the family members of the victims.