Bharat Bandh: How the Strike has Impacted States 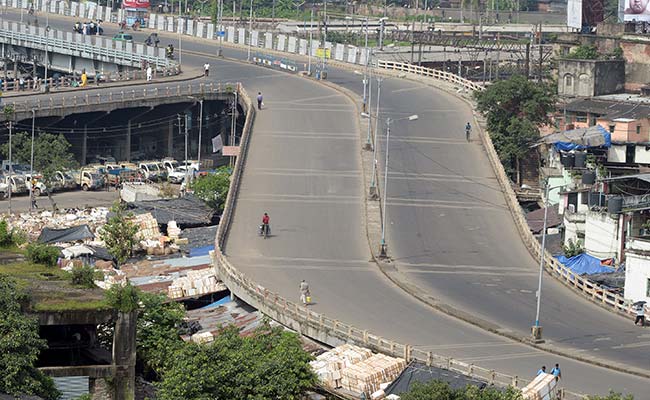 New Delhi: About 15 crore workers are on strike today across the country with 10 major trade unions calling for a "Bharat bandh." The strike has paralysed West Bengal, and had significant impact in cities like Bengaluru, Hyderabad and Thiruvanathapuram with essential services hit.

Work at many banks was hit, but the State Bank of India, IOB (Indian Overseas Bank), ICICI Bank, HDFC Bank and Axis Bank have reported regular operations their employees not participating in the strike

Here is an update on the impact of the 'Bharat Bandh':

West Bengal
The bandh turned political in West Bengal, where chief minister Mamata Banerjee has warned against strikes. Clashes between her Trinamol party and members of the Left were reported from many parts of the state. Vehicles were also vandalised. In Kolkata, women members of the Left were seen being dragged by the police. Most schools and colleges are closed in state capital Kolkata, as are shops, factories and other commercial establishments. Public transport including buses and the metro operated normally, but few commuters ventured out and the streets were deserted. Few private buses and taxis ran. Train services, both on the Eastern Railway and the South Eastern Railway, were hit after protesters blocked trains in several areas, said railway officials.

Delhi
Auto rickshaws joined the strike call, hitting commuters in the national capital. Crowds of students and office goers were seen waiting to get some sort if transport in the morning. Delhi Transport Corporation buses and the Delhi Metro operated normally.

Kerala
The strike hit Kerala hard as public buses went off roads and shops and banks remained shut. All operations at the Cochin Port were also hit. In Kerala, 17 trade unions are taking part in the nation-wide strike to protest against what they call the "anti-labour, anti-people policies of the central government." Most of the IT firms in Thiruvananthapuram's Technopark and Kochi's Infopark reported very thin attendance. The Kerala government has said those government employees who have not reported to work today will lose a day's salary. All examinations that were to be held on Wednesday have been postponed by the various state universities.

Telangana and Andhra Pradesh
The nation-wide strike called by trade unions hit transport and banking services in both Telangana and Andhra Pradesh. Buses of state-owned road transport corporations in both the states went off the roads as employees joined the strike. Auto rickshaws are not running in Hyderabad and other towns in the two states. Commuters were stranded at Mahatma Gandhi Bus Station (MGBS), Jubliee Bus Station in Hyderabad and Secunderanad with most long-distance buses cancelled. Activists of the left parties and trade unions staged protests at various bus depots. A majority of the 18,000 buses in the two states kept off the roads.

Karnataka
Normal life was hit as buses and autos didn't run and factories, banks and shops were shut. With employees of the state-run transport corporations joining the strike, thousands of people were stranded in cities and towns across the state. The state-run Bengaluru Metropolitan Transport Corp withdrew its airport service after a mob damaged a few buses by smashing their window panes with stones. Though most auto-rickshaws remained off roads in Bengaluru and other cities, a few ferried commuters on main thoroughfares and suburbs -- but after charging them exorbitantly.

Tamil Nadu
There was no impact of Bharat Bandh in Tamil Nadu. City buses and autorickshaws were plying as usual, though roads were less congested. Schools and colleges functioned as usual. However, according to reports from districts, inter-state bus transport between Tamil Nadu and Kerala was also affected.

Bihar
Traffic was badly hit as workers blocked roads and at some places stopped passenger and long-distance trains. "Road traffic in Patna and across Bihar was badly hit by the strike of the trade unions. Auto-rickshaws and buses are off the roads in Patna and other districts," a police official said. According to police, bandh supporters blocked national and state highways at various places across the state.

Madhya Pradesh
The nationwide strike hit normal life in this Madhya Pradesh capital. All the state-run public buses remained off roads, creating problems for commuters. Shops and banks too remained shut. The effect of the strike was visible in major cities like Indore, Jabalpur and Ujjain.