5 Wedding Pics: Mr And Mrs Bhagwant Mann, A Chief Minister And A Doctor

Gurpreet Kaur, 32, completed medicine in 2018. She is the youngest of three sisters. 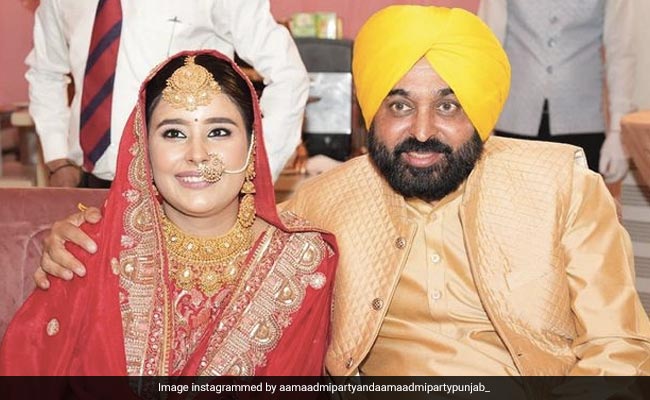 Raghav Chaddha has shared photos of the Chief Minister dressed as a groom and performing wedding rituals.

"Mann sahab nu lakh lakh vadhaiyan (many congratulations of Mann Sahab)," Mr Chaddha tweeted, sharing a photo in which he and Arvind Kejriwal were seen walking with the groom. 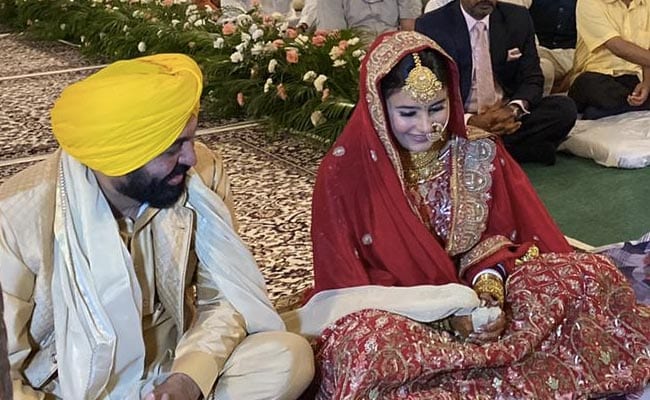 Bhagwant Mann is marrying Gurpreet Kaur, 32, in a private ceremony at his home in Chandigarh.

This is Mr Mann's second marriage. He has two children -- daughter Seerat Kaur (21) and son Dilshan (17) -- from his first marriage. 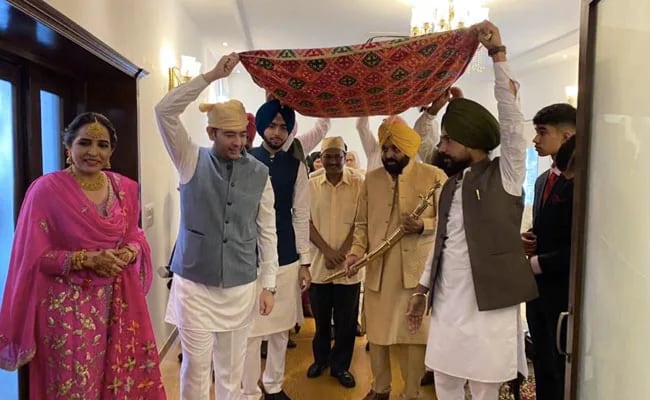 Raghav Chaddha has shared photos of the Chief Minister dressed as a groom and performing wedding rituals.

"A new chapter in Chief Minister Bhagwant Mann's life is going to start today. I congratulate Mann saab's family, his mother and sister. It will be a small function. Only family members will attend," Raghav Chadha, who referred to Bhagwant Mann as his "veer" or "older brother", told reporters.

"We all are happy that happiness has returned to Mann saab's family after a long time. It was his mother's dream to see her son getting settled again. Today, that dream is going to come true," the AAP MP added. 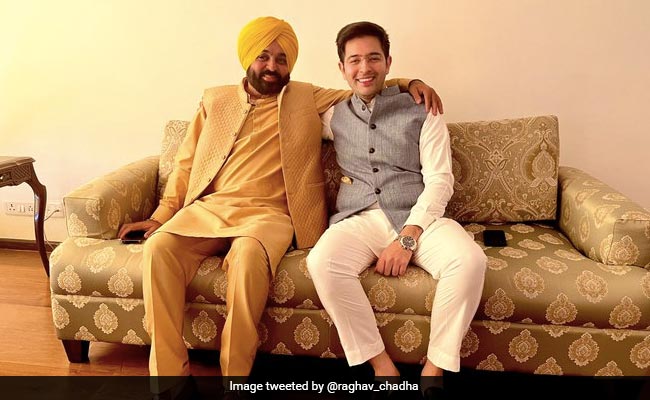 Raghav Chaddha shared a photo with Bhagwant Mann ahead of the ceremony with a song in Punjabi.

Gurpreet Kaur, 32, completed medicine in 2018. She is the youngest of three sisters. She reportedly assisted in Mr Mann's campaign during the Punjab elections earlier this year. Mr Mann became Chief Minister after AAP swept the election, defeating the Congress. 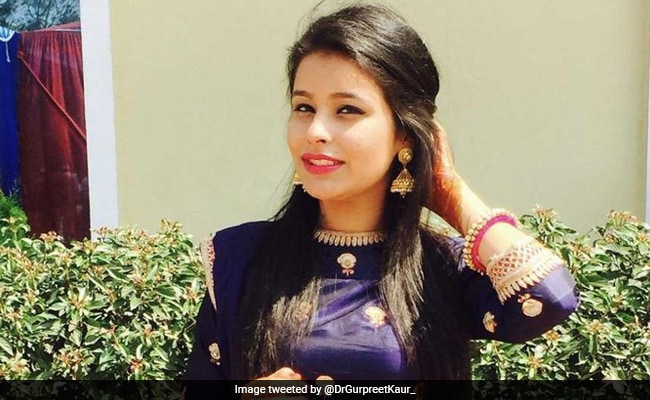 Gurpreet Kaur, 32, completed medicine in 2018. She is the youngest of three sisters.

Ms Kaur's family is from Kurukshetra's Pehwa locality. Her father, Inderjit Singh is a farmer.

Her sisters stay abroad. Sources close to Mr Mann said their families have been associated for years.

Her uncle, Gurinder Jeet, told NDTV that Gurpreet was always good at studies.