Residents of Bengaluru's Whitefield have been complaining against the Graphite India factory since 1980.

The discharge from the Graphite India factory is a major cause of pollution in Whitefield, Bengaluru

Imagine living in a home in which everything is covered in black dust - the floor, walls, plants, your clothes and even your food. The black dust is everywhere and no matter how much you clean, you are unable to get rid of it. These are precisely the conditions which the residents of Whitefield in Bengaluru say they are living in, all because of a graphite factory in the area.

Birundha D has been staying in Whitefield for almost ten years. Wipe any surface of her house and your fingers get blackened by the black graphite dust.

"This black dust can be seen on our feet or our chappals. This is not vehicular pollution. This is the same dust that is left when you sharpen your pencils," she said.

But cleanliness is only one part of the problem. The black graphite dust is a major health hazard.

"We came here in 2009. By early 2010, I was diagnosed with lung impact. The X-rays revealed a lesion in my right lung. You cannot breathe deeply because of it. I cannot exercise and do Yoga. My son and husband, who never had any kind of allergies, now start sneezing at 2.30 in the morning, when there's a pungent smell in the air," Ms Birundha narrated.

The source of the smell they say is a Graphite India factory in the area.

The factory has been a sore point for the residents of Whitefield for some time now. It was set up in the 1970s, when it lay on the outskirts of Bengaluru. Now Whitefield is a major commercial and residential hub. 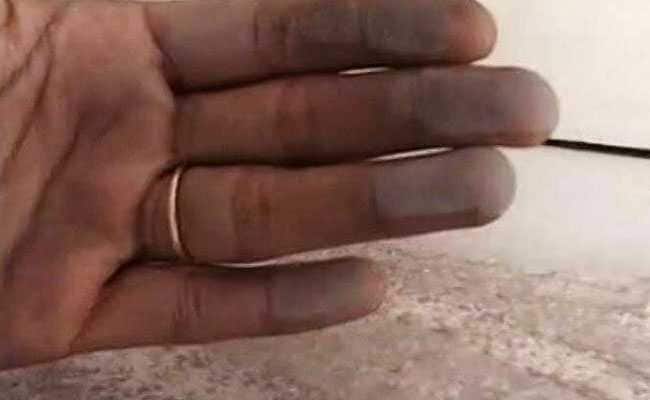 Residents of Whitefield, Bengaluru have complained of black dust released by a Graphite India factory

Nivedita Gowda, a resident, spoke to us at the factory gates.

"The black soot that the factory releases is everywhere. Basically, we are living, breathing and eating the black soot. Kids are suffering from asthma, mainly due to prolonged exposure," she said.

Ms Gowda said that the residents began complaining about the factory to the Karnataka State Pollution Control Board (KSPCB) in 1980.

"We have recorded complaints from 1997. There were KSPCB hearings in 1998 and the factory was asked to produce a report on how they are going to reduce the pollution they are causing. Nothing was done. The same directions were given in 2004 - the factory was instructed to fix their sheds and machinery," she narrated.

According to Ms Gowda, in 2012, KSPCB was compelled to take an action and it issued a closure order but the factory got a stay and continued functioning.

"We went to the National Green Tribunal (NGT). It has been five years but we still didn't get justice from them," she said.

"This same factory has a branch in Germany producing the same product. They are doing it beautifully with an environment team in place," she pointed out.

NDTV contacted Graphite India's Bengaluru office but they said they weren't authorised to comment on the issue.

The KSPCB has taken notice of the issue - once again - and inspected the factory last month.

Zibi Jamal of residents' group Whitefield Rising told NDTV, "This is something we have been campaigning for more than 20 years. More and more people are living here, more companies have come here and the problem continues".

Pointing towards one of the factory buildings, Ms Jamal said, "That is the main graphitisation unit of Graphite India Ltd. It is in operation round the clock. Look at the condition of that unit. Its roof is broken. The fugitive dust escapes through that and settles down all across the area," Ms Jamal said.

"Graphite India has been told to repair that unit for the over ten years. It has not been done," she added. 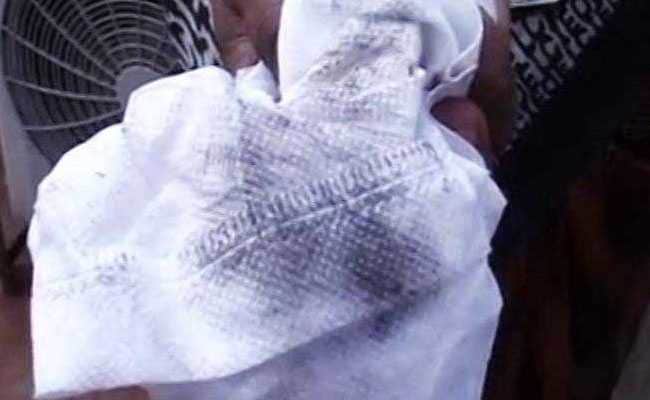 No matter how much you clean, the black dust always remains, say the residents

Meanwhile the air pollution in Whitefield has grown rapidly.

"Whitefield Rising has developed an indigenous air quality monitoring unit called Air Care.
It specifically measure PM2.5 particles. We have 12 monitors through Whitefield which upload data at five minute intervals. This side (the direction in which the factory stacks face) PM2.5 is at 95 while the Indian standard is 60. On the other side of the factory, away from the stacks, it is 38. We have has readings like 255 at 2 AM."

A hospital which is across the road from the factory is bearing the brunt of the pollution.

Chitra Haridas, housekeeping supervisor at the RxDx Hospital showed us the grime in the rooftop cafeteria. "I've been here for six years now. We continuously clean but to no avail," she said.

Dr Gurmeet, a paediatric allergist working at the RxDx hospital, says that the impact of the pollution would be "Devastating to anybody's health".

"I have been working here for the last 10 years. In the last couple of years there has been a 35 per cent increase in respiratory issues in children. Sometimes when kids cough or throw up, we find a black residue," Dr Gurmeet said.

"We have been to the Pollution Control Board. They are responsive. They listen. The also tell Graphite India to improve. But things have worsened," she said.