Amit and Shilpi Agarwal, who also had a 10-year-old son, were reportedly estranged; they separated around two years ago and were in the middle of divorce proceedings 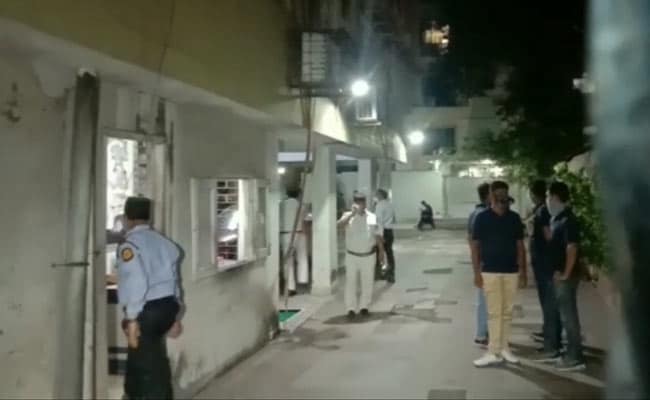 The man who allegedly murdered his wife in Bengaluru on Monday before flying to Kolkata, where he shot his mother-in-law dead and then killed himself, may have committed the first crime 48 hours earlier than previously believed, Kolkata Police said Tuesday night.

Officers from Bengaluru's Mahadevpura Police Station visited the Agarwal home in the city on Monday evening after their Kolkata colleagues informed them of a possible murder in their jurisdiction; Mr Agarwal had left behind a suicide note in Kolkata with this information.

The Bengaluru cops discovered the body of Shilpi Agarwal lying on the kitchen floor.

"We have been informed by Bengaluru Police that Mrs Agarwal's body was found in a decomposed state. As per their report, she might have been killed at least 48 hours before her body was found," a senior Kolkata Police officer told news agency PTI.

This was confirmed by police in the southern state. The cops there also found a note allegedly written by Mr Agarwal.

"Based on information from Kolkata, officers from Mahadevpura Police Station went to the apartment occupied by Mrs Shilpi Agarwal. When she did not open the door, the lock was broken and her body was found in the kitchen," MN Anucheth, DCP (Whitefield), said.

"A note allegedly written by Mr Agarwal has been found in the apartment. A case of murder has been taken up and investigations have started," he added.

The Agarwals were estranged. They had separated around two years ago and were in the middle of divorce proceedings. Mrs Agarwal lived in Bengaluru and Mr Agarwal lived at his family's home in Uttarpara, which is north of Kolkata.

They also had a 10-year-old son who lived with his mother. The boy, however, was brought back to Kolkata by Mr Agarwal and left in the care of his uncle while his father went to confront the in-laws.

Although investigations in both cities are still ongoing, a gruesome sequence of likely events is beginning to emerge, pieced together with the help of the two notes.

Amit Agarwal, a 42-year-old chartered accountant, allegedly first killed his wife at her home in Bengaluru's Whitefield. He then flew to Kolkata and visited his in-laws at their upscale house in an apartment complex where, following a heated argument, he shot dead his mother-in-law, Lalita Dhandhania, 60, and then killed himself.

The father-in-law, Subhash Dhandhania, 70, was the sole survivor; according to police he ran out of the house, locking the door behind him, and went to the neighbours for help.