The NGO, Akshaya Patra, is a mid-day meal programme, serving food to over 1.76 million children from 14,702 schools across 12 states. 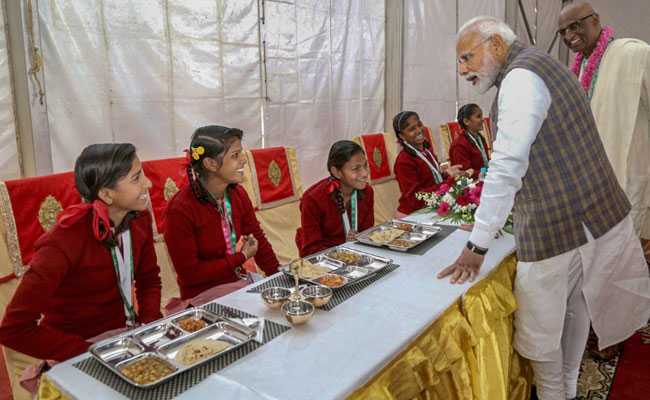 PM Modi was part of the event to the mark Akshaya Patra's milestone of 3 billion meals.

Bengaluru-based NGO Akshaya Patra, that distributes meals to school kids across 12 states, is now aiming for its 5th billion meal by 2021, days after Prime Minister Narendra Modi attended an event to mark its 3 billion milestone. The organization is also seeking to expand in Uttar Pradesh and make debut in Delhi, Bihar and West Bengal

"We are honoured that our three billionth meal was served by the Prime Minister himself, to a group of underprivileged children in Vrindavan. We are committed to serve this cause, and now we have set a target for the five billionth meal by 2021," he told news agency PTI.

At the NGO's event marking their three billionth meal, PM Modi had praised the efforts of the NGO towards eradicating hunger from the country and termed its milestone "a remarkable feat".

"From serving just 1,500 children in the beginning to over 17 lakh now, we are committed to contribute to the growth of the country. We are expanding our footprint across India, trying to enter places hitherto untouched," Mr Dasa adds.

"We have been trying to enter Delhi for the last 10 years. We have already built two kitchens there and awaiting approval from authorities, the NGO''s chairman said.