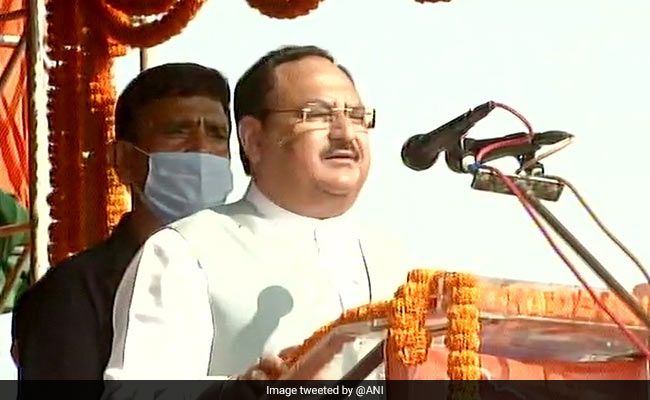 BJP national president JP Nadda on Tuesday slammed the Trinamool Congress for dividing communities by branding people as insiders and outsiders, and said the rich culture of West Bengal has been threatened under Mamata Banerjee's rule.

Mr Nadda, while flagging off the second phase of the ''Parivartan Yatra'' from Tarapith in Birbhum district, alleged that the state government "criminalised politics, institutionalised corruption and politicised the police".

The BJP chief also said the government will be defeated by people in the upcoming assembly elections.

"Under Mamata Banerjee's rule, the rich culture and heritage of West Bengal are under threat. Only the BJP can protect these. The insider-outsider culture is not the real culture of Bengal," he said.

"The Trinamool Congress is pitting people against one another by branding them as outsiders. This is shameful. It is not the culture of the land of Swami Vivekananda, Gurudev Rabindranath Tagore," Mr Nadda said.

The TMC's slogan of ''Maa, Mati, Manush'' (mother, land and people) has been reduced to "dictatorship, tolabaji (extortion) and appeasement", he said, adding, the BJP would bring the "asol paribartan" (real change) in Bengal.