Subhadra Mukherjee quit the BJP on Friday, when she sent her resignation to state party chief Dilip Ghosh. 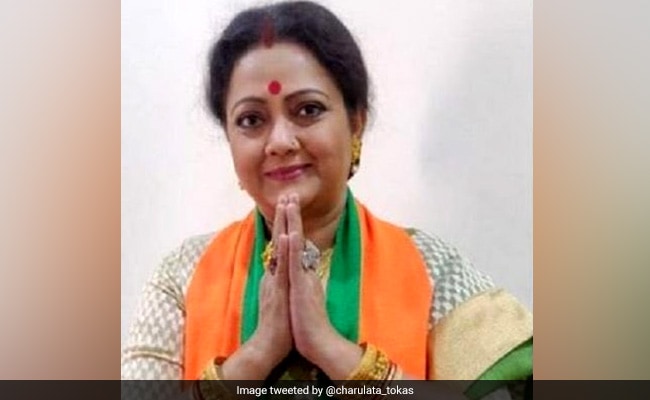 Bengali actor-turned politician Subhadra Mukherjee, who has worked in some Bengali films and television soaps, resigned from the BJP in the aftermath of the Delhi violence saying she couldn't be in the same party with leaders like Kapil Mishra and Anurag Thakur.

Subhadra Mukherjee quit the BJP on Friday, when she sent her resignation to state party chief Dilip Ghosh.

She said she had joined the BJP with lot of 'hopes and optimism", but got disenchanted over recent developments, which showed the "BJP was moving away from its ideology".

Subhadra Mukherjee said she was for the Citizenship (Amendment) Act passed by the Narendra Modi government in parliament, but opposed to the way the BJP has been promoting it.

"It has resulted in unrest across the country. Why should we all have to show papers after so many years into independent India to prove our citizenship?" she said.

Subhadra Mukherjee said the Delhi violence, which left at least 46 people dead and over 200 injured, was the proverbial last straw.

"The atmosphere is filled with hate. No action is being taken against party leaders like Anurag Tahkur and Kapil Mishra despite their hate speeches which caused a deterioration in the situation. How can I be in a party which is selective in taking action?

She said she could not identify with a party which was treating people on the basis of their religion and not as fellow humans.

An inflammatory slogan "desh ke gaddaron ko..." was chanted at a public rally addressed by Anurag Thakur on January 27 in Delhi's Rithala area. Anurag Thakur had allegedly egged on his audience to respond to the slogan.

Anurag Thakur was then barred from campaigning by the Election Commission for 72 hours in the run-up to the February 8 Delhi Assembly polls.