Birbhum has seen some of the worst violence in the run-up to the panchayat elections in West Bengal. The Opposition candidates have alleged that they were not allowed to file nomination papers by the ruling Trinamool Congress, led by Chief Minister Mamata Banerjee. 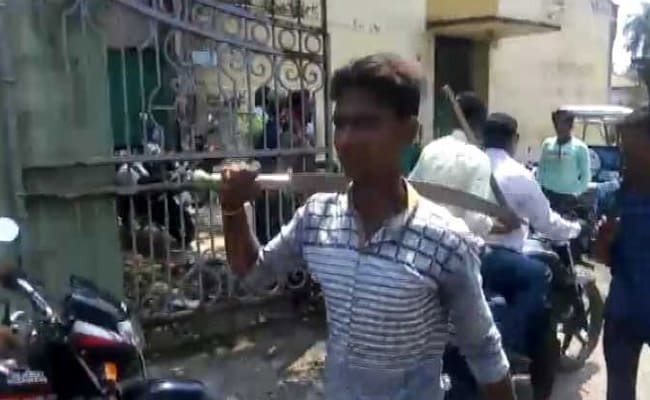 Kolkata: The office of the District Magistrate at Bolpur in West Bengal's Birbhum district was witness to a menacing sight this morning: Scores of motorcycle-borne men drove into the office compound waving in the air swords, daggers, knives and axes of all shapes and sizes, shouting "Vande Mataram".  This was around 10.30 am, just half-an-hour before nomination filing for the panchayat polls was to begin. Several aspirants had already gathered at the spot.

It was not known which party they belonged to, but the men melted away as news came in that the State Election Commission has scrapped its order of last night extending time for nomination filing today, from 11am to 3 pm. Last evening, the Commission had issued the order, apparently in response to a Supreme Court order to ensure free and fair elections in the state.

Not a single policeman was seen in the administrative office premises when the sword waving men took over the place. No action was taken after they left either.

Birbhum has seen some of the worst violence in the run-up to the elections in the state, where Opposition candidates alleged they were not allowed to file nomination papers by the ruling Trinamool Congress.

The Trinamool is already celebrating victory in the district, where it won 41 of 42 zilla parishad seats, without a single vote being cast. Only one opposition candidate managed to file papers from one seat in the district. 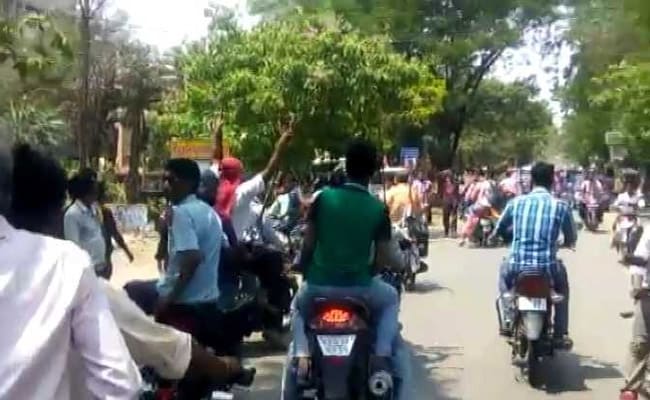 Birbhum saw some of the worst violence in the run-up to the panchayat polls in Bengal.

Local leaders of the TMC say the lack of opposition is because the entire area comprise their supporters -- a claim the BJP has vehemently contested.

"What can we do if BJP doesn't have enough people to field as candidates," Anubrata Mondal, the Trinamool's Birbhum chief, has said consistently. "The BJP has no supporters. The only thing in Birbhum is Trinamool's development."

The same argument is forwarded by Abhshek  Naskar, a Trinamool leader in South 24 Parganas district, in charge of a panchayat seat where only one candidate has filed nomination. "It is opposition-free here, because there is no opponent... the full area is TMC," he said. Asked how that was made possible, he had a one-word response: "Development".

The party's local leaders admit to infighting, which has played out rather visibly in the state, but they say resorting to violence is unnecessary, as they enjoy brute majority in the assembly with 210 lawmakers.

But the rivals of Chief Minister Mamata Banerjee -- who is enjoying a second stint in power the state -- say numbers are no guarantee of success.

Promoted
Listen to the latest songs, only on JioSaavn.com
"They are afraid they are going to lose... Don't forget in 2006, Buddhadeb Bhattacharjee (then chief minister belonging to the CPM) had 235 MLAs. In 2008 they lost the panchayat polls. History repeats itself," said BJP leader Mukul Roy.

CPM's Sujan Chakraborty was equally vocal. "I challenge Mamata Banerjee. Please allow free and fair election at least once, and see the debacle," he said, adding that Ms Banerjee's party runs on money and muscle.