"Not Done": Top Court Pulls Up Bengal For Delay In BJP Activist's Release 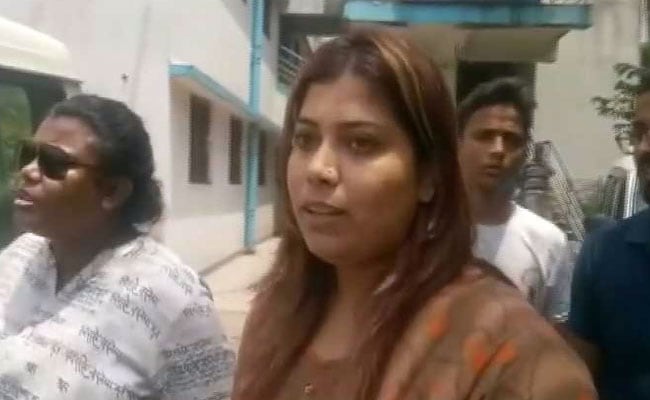 The Supreme Court today questioned the West Bengal government why BJP activist Priyanka Sharma, who last week shared a meme of Chief Minister Mamata Banerjee, was made to spend another night in jail despite the court ordering her release on Tuesday. "No, this is not done. The arrest was prime facie arbitrary," the top court said today, adding it would have issued contempt notice if she was not released.

Priyanka Sharma was arrested last Friday after she shared a photo in which Mamata Banerjee's face has been morphed on the form of actor Priyanka Chopra. In the original picture, the actor was photographed at the MET Gala in New York.

When the defence lawyer senior advocate Neeraj Kishan Kaul told the court that Priyanka Sharma was released at 9:40 am today, the court asked the West Bengal government's lawyer, "Why 9:40 am? The order was passed in your presence?"

The lawyer said the jail superintendent wanted an order from the chief judicial magistrate despite the Supreme Court ordering for her immediate release.

"Despite the Supreme Court ordering immediate release, she was kept in jail for around 24 hours and it's humiliation. She was forced to sign an apology before release... We were told that the closure report in this case has been filed... If closure report was filed, where is the need for apology?" said Neeraj Kishan Kaul, senior advocate appearing for Priyanka Sharma's brother, the petitioner.

The Supreme Court said it will take up the apology issue in July.

Priyanka Sharma was picked up by the police from her home last Friday and was sent to two weeks' judicial custody. The charges cited on the complaint by a Trinamool Congress leader include "defamation and offensive messages".

The BJP youth wing activist's mother had claimed her daughter's arrest was politically motivated. The arrest had provoked anger and strong protests, not just by the BJP but also by other social media users.

In 2012, Ambikesh Mahapatra, a chemistry professor at Jadavpur University, was arrested for circulating an email with a caricature of Mamata Banerjee.