The officials said mercury at Pahalgam tourist resort in south Kashmir's Anantnag district settled at a low of minus 4.4 degrees Celsius. 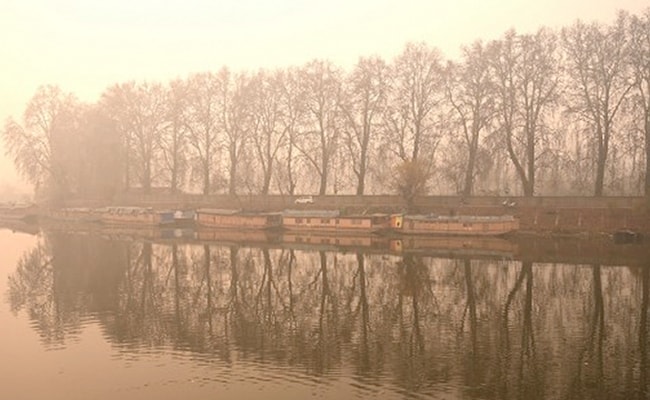 At minus 3.4 degrees Celsius, Srinagar recorded the coldest night of the season so far even as the mercury settled below the freezing point across Kashmir, officials said on Monday.

The minimum last night in the city was 2.5 degrees below the normal for this time of the season, they said.

The night temperature was lesser than the famous ski resort of Gulmarg in north Kashmir's Baramulla district, which recorded a low of minus 3.2 degrees Celsius.

The officials said mercury at Pahalgam tourist resort in south Kashmir's Anantnag district settled at a low of minus 4.4 degrees Celsius.

The MeT Office said the weather is likely to stay dry but hazy till December 8.

A fresh western disturbance is likely to affect Jammu and Kashmir and adjoining areas from December 9, under the influence of which there is a possibility of light snow over plains and lower reaches, and light-to-moderate snow over the middle and higher reaches over the next two days.