Before Kashmir Cop Was Killed, His Mother Told Terrorists He Will Resign

The family of constable Nisar Ahmad had issued a public appeal to terrorists requesting his release and pledged to ensure his resignation from the police force. 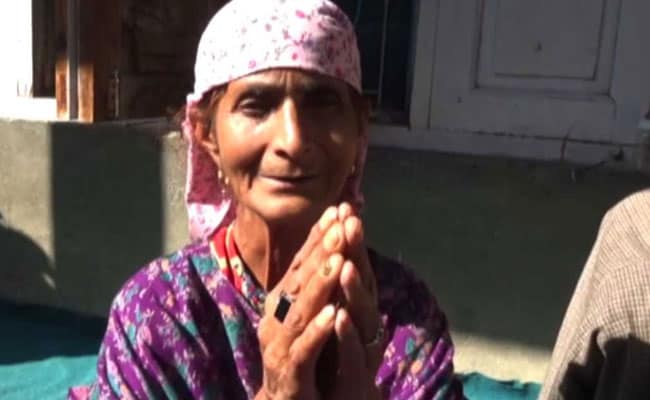 Before the kidnapping and murder of three policemen by terrorists in Jammu and Jashmir on Friday, the family of one of them had pleaded before the terrorists for mercy.

The policemen, including Special Police Officers, were dragged out of their homes in Kapran village of Shopian three days after Hizbul Mujahideen terrorists put out a video threatening to kill policemen unless they posted their resignations online. Their bullet-ridden bodies were found in an orchard.

In a video, the family of constable Nisar Ahmad, Special Police Officer, had issued a public appeal to terrorists requesting his release and pledged to ensure his resignation from the police force.

The heartbreaking plea of his 70-year -old Saida Begam in the video didn't move the terrorist. With folded hands, she had pleaded for mercy and the release of her only son. Soon after the kidnapping, the family made a public appeal that Nisar will resign after Friday prayers.

"We had decided that on Friday, he will announce his resignation. Now we appeal to these brothers (terrorists) to set him free and we make him resign today (Friday). We don't want this job because he is the lone son of his parents,'' said a relative. 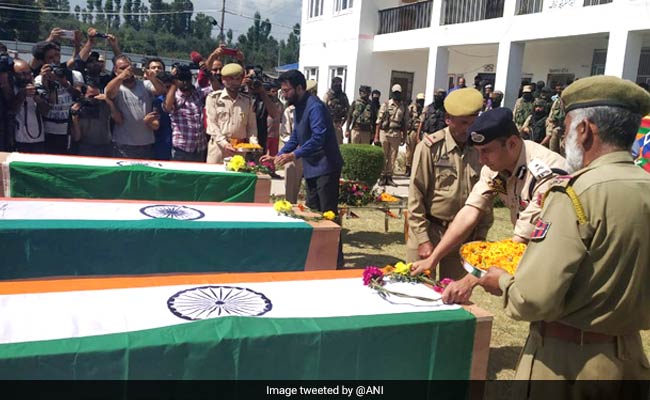 Three policemen were kidnapped and killed in Jammu and Kashmir's Shopian.

In less than half an hour after he was kidnapped, Nisar Ahmad was killed along with two other policemen. The family says that at around 7 am, terrorists barged into their home and forced the police constable to accompany them. The terrorists didn't listen when the family promised that he will resign the same day.

Nisar Ahmad, 44, was the sole breadwinner of his family. He is survived by his elderly parents, two children and his wife.

"We begged for his release. They(terrorists) said they will let him free but then they killed him," said a relative.

The families of policemen and Special Police Officers in Kashmir are facing a difficult time.

Reyaz Naikoo, the a self-styled leader of the Hizbul Mujahideen terror group, had issued a threat, asking them to resign or face consequences. In a video, the father of a Special Police Officer was seen pleading before terrorists not to harm his son and promised to ensure his resignation.

After the murder of the three policemen, a number of videos surfaced on social media where at least six policemen are seen announcing their resignations.

The Jammu and Kashmir police and the Union Home Ministry home ministry called it "false propaganda".

After the kidnapping and killing of the three policemen, India on Friday called off the talks between the foreign ministers of the two countries next week in the US.