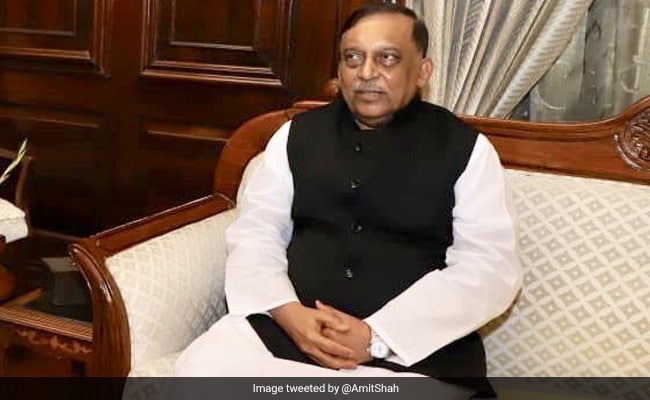 Hours after Bangladesh Foreign Minister AK Abdul Momen said that he was cancelling a visit to India, the country's Home Minister Asaduzzaman Khan also called off a trip to Meghalaya amid violent protests in the northeast over the Citizenship (Amendment) Bill. Mr Khan was scheduled to visit Meghalaya for an event tomorrow.

Earlier, AK Abdul Momen cancelled his visit to India due to "increasing demands at home". "I had to cancel my trip to New Delhi as I have to participate in Buddijibi Debosh (Martyred Intellectuals Day - December 14) and Bijoy Debosh (Victory Day of Bangladesh - December 16) and more so as our State Minister is out of the country in Madrid and our Foreign Secretary is in The Hague. Given increasing demand at home, I decided to cancel his trip," Mr Momen said earlier, according to news agency ANI.

Shortly after news of the Foreign Minister's cancellation, External Affairs Ministry (MEA) spokesperson Raveesh Kumar addressed a media briefing and cautioned against "reading too much" into Mr Momen's decision. According to news agency ANI Mr Momen was to visit India between December 12 and 14 to attend the Indian Ocean Dialogue and hold talks with Foreign Minister S Jaishankar. An advisory issued by the MEA said he was expected in New Delhi at 5.20 pm.

Massive protests have broken out in Assam and parts of the northeast following the passage of the Citizenship Bill, which looks to make Indian citizens of non-Muslim refugees facing religious persecution in Afghanistan, Bangladesh and Pakistan, in the Rajya Sabha late Wednesday night.

At least three people have died and five columns of the Indian Army - each consisting of 70 personnel - have been deployed in Assam amid the raging protests. Mobile internet services have been suspended in 10 districts of the state since Wednesday evening; neighbouring Tripura suspended the same for 48 hours starting Tuesday and Meghalaya this evening.