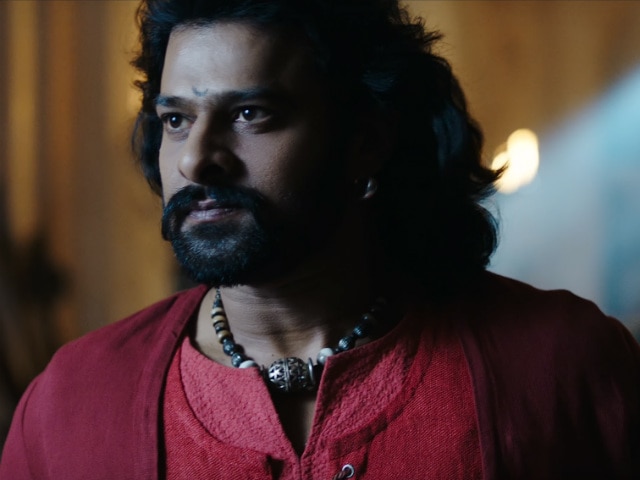 Baahubali 2, Box Office: Prabhas in a still from the film

New Delhi: Baahubali: The Conclusionis 'unstoppable,' filmmaker Karan Johar had tweeted. It's true indeed. S S Rajamouli's Baahubali 2 has completed a seven-day run at the theatres and the Hindi version of the film has recorded a beyond-impressive box office score of Rs 245 crore, reports Box Office India. Well, the ticket sales for all versions of Baahubali 2 read Rs 303 crores after the first weekend - a number that shattered the record previously held by Salman Khan's Sultan, which had made Rs 180 crores in the opening weekend. Meanwhile, Baahubali 2 is on its way to topple the blockbuster lifetime collection figures of Aamir Khan's Dangal, which currently stands at Rs 387 crores. Just give Baahubali 2 a few more days. The Hindi version of the two part epic has been distributed by Karan's Dharma Productions.

Trade analyst Taran Adarsh, who closely follows the box office progress of Baahubali 2, pointed out that Dangal and Sultan's release over Holiday weekends is also a predominant factor in their box office scores. Now, Baahubali 2, releasing on April 28, has broken the myth of sorts. "Every forthcoming biggie will be compared to Baahubali 2 henceforth, irrespective of the genre," Mr Adarsh said of Baahubali 2 setting benchmarks at every corner.

Every forthcoming biggie will be compared to #Baahubali2 henceforth, irrespective of the genre... #Baahubali2 has set new standards...

Box Office India also reports Baahubali: The Conclusion, in the time span of a week, has successfully placed itself at #6 on the list of highest grossing Bollywood films. Dangal continues to lead the list with films like PK, Bajrangi Bhaijaan, Sultan and Dhoom 3.

Meanwhile, Karan Johar, described Rajamouli as "the new super hero" on the block. "This decade and many to follow will always belong to him! Salute and Respect forever! Rajamouli is the new super hero," he wrote on Twitter. Do no miss the very creative hashtag he's used.

This decade and many to follow will always belong to him!!!! Salute and Respect forever! @ssrajamouli is the new super hero! #baahubalimanpic.twitter.com/AiFplJtVF5