Out On Bail, Samajwadi's Azam Khan On Party's Passivity: "Will Think Why"

Azam Khan Bail: Azam Khan was released from Sitapur district jail on Friday, a day after the Supreme Court granted him interim bail in an alleged case of cheating. 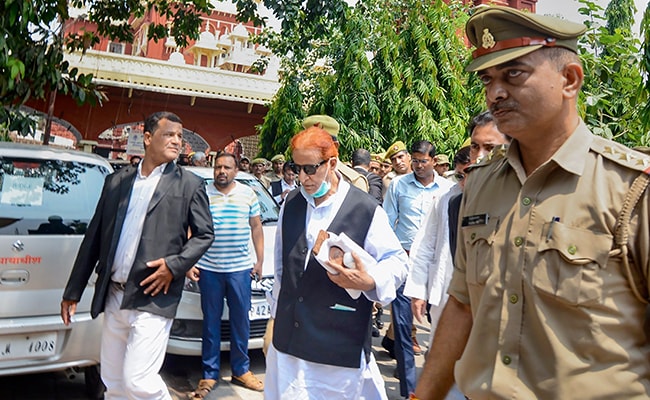 Samajwadi Party (SP) leader Azam Khan, who was released from Sitapur district jail on Friday in an alleged case of cheating, said he will contemplate why he became such a vessel of hatred.

On being asked why his party did not raise any concern for him, the SP leader said he was in jail for a long time, therefore, he does not know what happened outside the SP must have some compulsions.

"I was in jail for a long time, don't know what happened politically. There must have been some compulsions (for SP). I have no complaints but regret that no change could come. I will think about where I missed out in my loyalty, hard work, and sincerity that I became such a vessel of hatred," Azam Khan told ANI.

The Samajwadi Party leader was released from Sitapur district jail on Friday, a day after the Supreme Court granted him interim bail in an alleged case of cheating. He was granted bail in a cheating case lodged at the police station in Rampur.

The Supreme Court had earlier expressed displeasure with the prolonged delay in the announcement of judgment by Allahabad HC on his (Khan's) bail plea and called it a 'travesty of justice'.

Last week, the Allahabad HC had granted Khan interim bail in the case related to wrongful possession of the land.

Azam Khan was lodged in Sitapur jail since February 2020 as many cases are registered against him.